A big welcome to Leslie McAdam as part of her audiobook release blitz with Gay Book Promotions for Ambiguous.

Themes: Labels, coming out, being true to yourself

It is a standalone story and does not end on a cliffhanger.

Love is for other people, not for me…

At least that’s what I believed, until I met him. Julian Hill. The most famous rock star on the planet. A music god with untidy hair and the voice of an angel.

I’ll never be anything but out, and he has very good reasons to stay in the closet. After all, every move he makes is dissected, critiqued, and shared on social media, so he just wants a little privacy. I understand that. Truly, I do.

But no one makes me feel the way he does, and I’m pretty sure he has feelings for me as well. Which is inconvenient since his record label just hired me to sue him. Guess I should’ve sorted things out before I kissed him… Oops.

Ambiguous is an addictive MM bisexual romance novel about a fashion-forward rock singer who hates labels of all kinds (except for clothing), a dapper attorney who already has a (fake) boyfriend for a very good reason, and the possibility of love saving the day in a sensually stimulating “opposites-attract” romance story. In addition to the compassionate, big-hearted main characters and engaging, steamy interactions, LGBTQ+ romance readers are raving about the refreshingly honest discussions about homophobia, acceptance, bisexuality, and gay rights, which flow seamlessly into the heart-warming, soul-stirring love story. 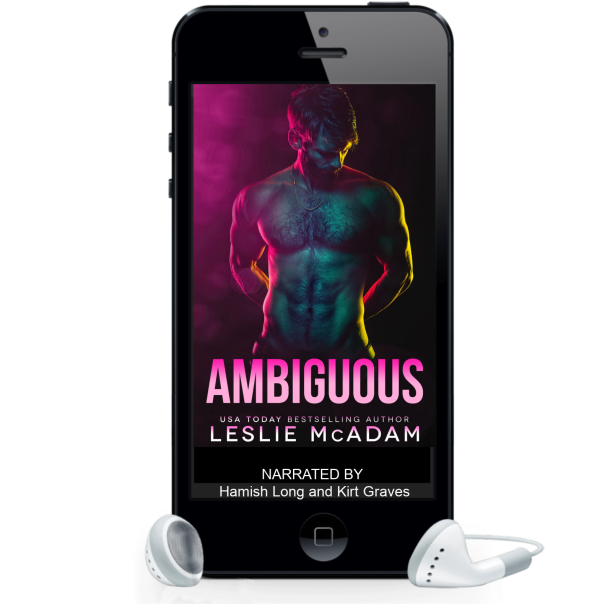 Leslie McAdam is a California girl who loves romance and well-defined abs. She lives in a drafty old farmhouse on a small orange tree farm in Southern California with her husband and two children. Leslie’s first published book, The Sun and the Moon, won a 2015 Watty, which is the world’s largest online writing competition. She’s gone on to receive additional literary awards and has been featured in multiple publications, including Cosmopolitan.com. Her books have been Top 100 Bestsellers on both Amazon and Apple Books. Leslie is employed by day but spends her nights writing about the men of your fantasies. 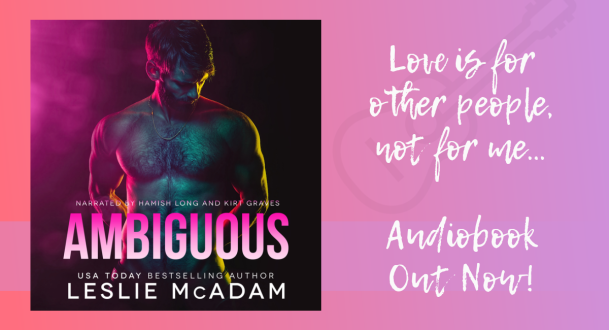 Anne Barwell lives in Wellington, New Zealand. She shares her home with a cat with “tortitude” who is convinced that the house is run to suit her; this is an ongoing “discussion,” and to date, it appears as though Kaylee may be winning. In 2008, Anne completed her conjoint BA in English Literature and Music/Bachelor of Teaching. She has worked as a music teacher, a primary school teacher, and now works in a library. She is a member of the Upper Hutt Science Fiction Club and plays violin for Hutt Valley Orchestra. She is an avid reader across a wide range of genres and a watcher of far too many TV series and movies, although it can be argued that there is no such thing as “too many.” These, of course, are best enjoyed with a decent cup of tea and further the continuing argument that the concept of “spare time” is really just a myth. She also hosts and reviews for other authors, and writes monthly blog posts for Love Bytes. She is the co-founder of the New Zealand Rainbow Romance writers, and a member of RWNZ. Anne’s books have received honorable mentions five times, reached the finals four times—one of which was for best gay book—and been a runner up in the Rainbow Awards. She has also been nominated twice in the Goodreads M/M Romance Reader’s Choice Awards—once for Best Fantasy and once for Best Historical. Anne can be found at https://annebarwell.wordpress.com
View all posts by Anne Barwell →
This entry was posted in audiobook, release blitz. Bookmark the permalink.