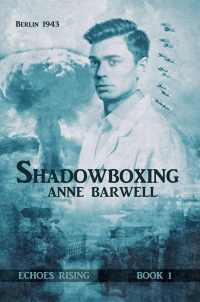 Complete their mission or lose everything.

An encounter with an old friend leaves German physicist Dr Kristopher Lehrer with doubts about his work. But when he confronts his superior, everything goes horribly wrong. Suddenly Kristopher and Michel, a member of the Resistance, are on the run, hunted for treason and a murder they did not commit. If they’re caught, Kristopher’s knowledge could be used to build a terrible weapon that could win the war.

For the team sent by the Allies—led by Captain Bryant, Sergeant Lowe, and Dr. Zhou—a simple mission escalates into a deadly game against the Gestapo, with Dr Lehrer as the ultimate prize. But in enemy territory, surviving and completing their mission will test their strengths and loyalties and prove more complex than they ever imagined.

Author’s note: This is the third edition of Shadowboxing. The first and second editions were released by another publishing house. This story has been re-edited, and uses UK spelling to reflect its setting.