A big welcome to Morgan Brice as part of her audiobook tour with Gay Book Promotions for Blink.

Themes: Learning to trust, taking a chance, making a commitment, daring to dream, letting go of the past, being haunted by the past, established relationship, ex-cop/PI, former art fraud investigator, mobsters, medium with a ghostly lover, haunted theater, awesome and heroic food truck, mystery, cold case

It is part of a series but could be read as a stand alone. It does not end on a cliffhanger.

Erik Mitchell helped Interpol bust cartels, oligarchs, and spoiled billionaires for art fraud. As an undercover cop, Ben Nolan helped bring down a Newark crime family. Now Erik and Ben have started over in Cape May, leaving their danger-filled jobs behind them, excited about a fresh start and their new relationship.

Time is running out to lift the curse. The Russian Mob wants revenge on Erik, and the Newark Mob is gunning for Ben. A grieving ghost seeks justice. Secrets, lies, and deception unravel in the blink of an eye.

Erik and Ben were planning for happily ever after. But unless they can outwit witches, wraiths, and wise guys, they could go down in a hail of gunfire and a blast of dark magic—and see their plans go up in smoke. 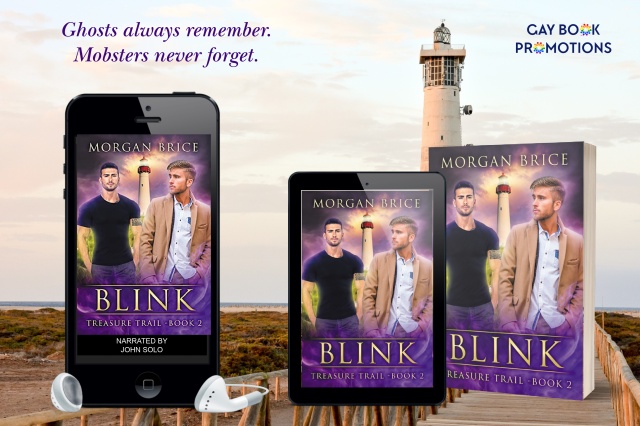 Anne Barwell lives in Wellington, New Zealand. She shares her home with a cat with “tortitude” who is convinced that the house is run to suit her; this is an ongoing “discussion,” and to date, it appears as though Kaylee may be winning. In 2008, Anne completed her conjoint BA in English Literature and Music/Bachelor of Teaching. She has worked as a music teacher, a primary school teacher, and now works in a library. She is a member of the Upper Hutt Science Fiction Club and plays violin for Hutt Valley Orchestra. She is an avid reader across a wide range of genres and a watcher of far too many TV series and movies, although it can be argued that there is no such thing as “too many.” These, of course, are best enjoyed with a decent cup of tea and further the continuing argument that the concept of “spare time” is really just a myth. She also hosts and reviews for other authors, and writes monthly blog posts for Love Bytes. She is the co-founder of the New Zealand Rainbow Romance writers, and a member of RWNZ. Anne’s books have received honorable mentions five times, reached the finals four times—one of which was for best gay book—and been a runner up in the Rainbow Awards. She has also been nominated twice in the Goodreads M/M Romance Reader’s Choice Awards—once for Best Fantasy and once for Best Historical. Anne can be found at https://annebarwell.wordpress.com
View all posts by Anne Barwell →
This entry was posted in audiobook, blog tour, gay book promotions. Bookmark the permalink.