A big welcome to Nic Starr & BL Maxwell as part of their release blitz with Gay Book Promotions for The Ultimate Sacrifice.

It is book 2 of the Four Packs Trilogy and does not end on a cliffhanger. 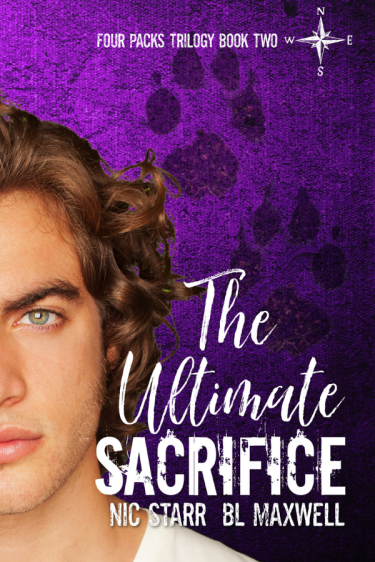 Grady Summerville is facing a slow and agonizing death, but has come to terms with his disease and doesn’t fear dying. However, fate has other ideas, presenting him with a future thanks to Max Steele. Grady owes his very life to Max, and as his health improves, finds himself falling head over heels with his savior.

Max Steele has been forced to leave his pack and everyone he knows to move to the West Territory to be a blood donor for Grady. He knows it’s the right thing to do, but it doesn’t mean he has to like it.

As tensions escalate between the two packs, Max finds his loyalty tested and is torn between following his alpha, or following his heart.

If Max doesn’t make the sacrifice then it will be Grady making the ultimate sacrifice and paying with his life.

Max couldn’t believe he had Grady in his arms at last. And, oh my God, the way Grady looked at him with those big green eyes, as if Max was everything. He’d promised Marrok he’d wait for Grady to make the decision—not that it was truly a choice at all—that they should be together, and everything in Grady’s demeanour, in his expression, screamed he was ready. Still, Max hesitated.

“Are you sure this is what you want, Grady?”

Grady nodded, then buried his face against Max’s throat.

Max groaned at the feel of Grady’s tongue against his burning skin. “I need to hear the words,” he gritted out.

That was all Max needed to hear.

He grabbed Grady’s hand and almost dragged him to his bedroom. He’d waited weeks for this and with each week that passed the draw had only gotten stronger. Each transfusion had placed him on a sexual knife’s edge, and he’d almost reached breaking point. The bond between shifters was compelling, and it had been torture denying what his body was longing to do.

They stopped beside the bed where Max lowered his mouth to Grady’s once more. The kiss was intense, Grady groaning into his mouth and pushing against him. Max continued to kiss him, at the same time, fumbling with Grady’s shirt buttons. He soon had the shirt undone and on the floor, closely followed by Grady’s jeans. He finally broke their kiss and maneuvered Grady to the edge of the bed and nudged him. Grady took the hint and sat. Max knelt at his feet and took off his shoes and socks, then pulled the jeans the out of the way from where they had bunched at Grady’s ankles. Even Grady’s feet were beautiful—long and slim, with graceful arches. He stroked along one foot, and ran his hand up Grady’s leg, stopping with his hands on Grady’s knees. He looked up.

Grady met his gaze full on. He was flushed and kiss ravaged, his lids were hooded, breath coming fast. As Max looked at him, he flashed a small smile. Max rose on his knees and kissed him again. Will I ever get enough of his kisses?

He ran his hands up Grady’s slim thighs, the light dusting of hair tickling his palms. He allowed his palms to skim Grady’s sides, chuckling a little when Grady jerked. Ticklish. Interesting. As his fingertips trailed across Grady’s ribs, he couldn’t help but note how thin he still was. It gave him momentary pause, but regardless of his lack of bulk, Max knew Grady now possessed a strength that belied his size.

Grady gripped the sides of his head and Max gave in to the gentle tug, allowing himself to be drawn into another of those amazing kisses. Grady reached for his buttons, lips never losing contact, so Max raised his hands and helped. Together they made quick work of the buttons and Max’s shirt joined Grady’s on the floor.

Max skirted Grady’s sides again, lowering his hands to the waistband of Grady’s briefs. He pulled back slightly, the question in his eyes.

BL Maxwell grew up in a small town listening to her grandfather spin tales about his childhood. Later she became an avid reader and after a certain vampire series she became obsessed with fanfiction. She soon discovered Slash fanfiction and later discovered the MM genre and was hooked.

Nic Starr lives in Australia where she tries to squeeze as much into her busy life as possible. Balancing the demands of a corporate career with raising a family and writing can be challenging but she wouldn’t give it up for the world.

Always a reader, the lure of m/m romance was strong and she devoured hundreds of wonderful m/m romance books before eventually realising she had some stories of her own that needed to be told!

When not writing or reading, she loves to spend time with her family–an understanding husband and two beautiful daughters–and is often found indulging in her love of cooking and planning her dream home in the country.

You can find Nic on Facebook, Twitter and her blog. She’d love it if you stopped by to say hi. 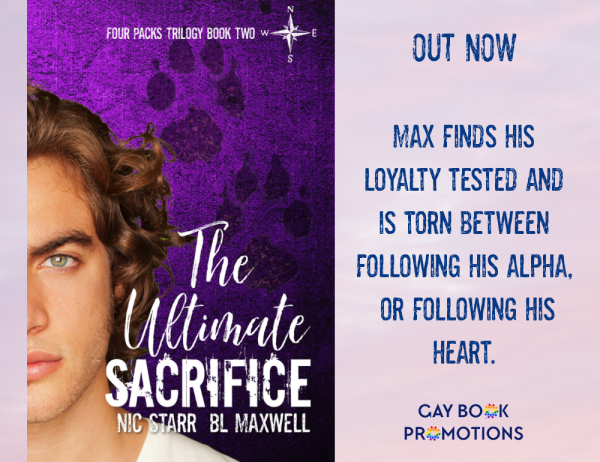