A big welcome to Noja Lina as part of her release blitz with IndiGo Marketing and Design for Fire and Clay from Pride Publishing.

Fire and Clay by Noja Lina 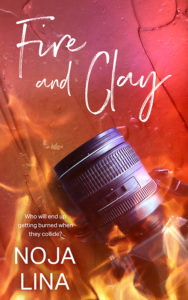 Who will end up getting burned when they collide?

Ian is a skilled but foulmouthed photographer with an aversion to meeting new people, a short fuse and a relatively short stature. One evening, he starts a squabble with Victor before knowing that Victor is the best friend of Ian’s current crush.

With them being in the same social circle and Victor being a model and theater actor, they keep meeting over the course of several months. Their interactions feature an array of jabs at the other’s height, mild aggression and attempts to mock or one-up the other.

But, through instances of Ian involuntarily showing his caring side and Victor showing what he’s made of, several sparks and serious talks, some denial and three successful photoshoots, their relationship gradually evolves.

Will they get past their initial animosity? Will they get burned by colliding with the other? Or will fire come in contact with clay to create something beautiful?

There was no clear-cut explanation for how Ian had ended up in a corner of a dark closet, fervently kissing a person who had once been a statue—or for why Victor was kissing back. Weren’t they supposed to come at each other’s necks?

It had all started several months before, when Hayden, Ian’s best friend since before they could read or write, moved into a new student dorm and invited Ian for a visit.

“Do I have to go?” Ian asked Hayden while they were talking on the phone.

Hayden received a familiar grunt in return. That was how Ian usually relayed he’d do what Hayden asked him to, despite hating the idea.

There was nothing bad about going to see Hayden and his new dorm. It was having to meet Hayden’s new roommate that had made Ian avoid the visit for as long as possible. Going to the dentist was an easier experience for Ian than meeting new people.

Both of them had been living in Thornburg for over two years. It was a city that attracted people from all over the country, even from abroad, with its array of educational and professional opportunities, its growing social diversity and its vibrant cultural and entertainment scenes—not to mention its colorful palette of bars.

Thornburg’s vibe and offer had also attracted Ian to it, but college had been a short-lived initiative for him. His passion for photography had grown years before any facial hair had and Ian had been cultivating his skills in taking pictures for over half a decade at that point. As such, photography courses that treated their students as beginners had underwhelmed him greatly. He’d dropped out of college after the first year and applied to paid photography gigs with his extensive portfolio and a half-decent attempt at being friendly. Luckily, the portfolio had done its job.

Hayden was on the opposite end of the spectrum, both in terms of college and his capabilities in being friendly. If he still liked Ian after so many years of Ian being Ian, he could probably be friends with an anthropomorphized lemon. Hayden was in his third year at the veterinary medicine college and, as the extroverted person he was, he’d always chosen to live in the student dorms since coming to Thornburg.

When he’d first announced his plan to become a veterinarian, he’d said, “I already have experience in dealing with all sorts of animals, especially a chihuahua.”

His family had many pets, but that bunch hadn’t included a chihuahua. It was a reference to Ian. Hayden often compared his best friend to the small, mouthy dog that thinks of itself as a big beast and sometimes gets itself in trouble by aggressively challenging an actual large one. Ian’s only counterargument had been that, as opposed to him, dogs didn’t like being left alone.

To this, Hayden had replied, “If that really were the case, then why do you always come when I call you over?”

Admitting that he liked being around Hayden was too melodramatic for Ian, so he’d answered with a simple and dry ‘whoof’.

Thus, when Hayden had called Ian over to show him his new dorm room and introduce him to Danny, his new roommate, Ian had gone, despite his DNA constantly reminding him how hardwired he was to dislike meeting new people.

Danny was a year younger than Hayden, they’d hit it off from the get-go, they attended the same college and were equally as balanced in handling their studies and social lives.

If this Danny guy’s anything like Hayden, it probably won’t be so bad… Fuck, who am I kidding? It’s guaranteed to be bad.

Ian sighed before entering the dorm room. He relaxed his throat in preparation of swallowing many words he shouldn’t say but would probably end up voicing anyway. Taking in air, he opened the door and was instantly ambushed by something bright.

Danny was dazzling. All his features were soft and curvy, all his gestures smooth and inviting. His voice sounded like windchimes, his skin looked like fruity yogurt and his presence was as welcoming as one’s bed after a hard day at work. Ian barely remembered the correct sequence of the two syllables in his name when Danny smiled and initiated their introductory handshake. Whenever Hayden didn’t elbow him, Ian also barely remembered that he was a fully-fledged, functional homo sapiens specimen who should be able to hold a conversation.

But Ian was also a drawn-to-visuals person, and everything about Danny’s appearance gave off early summer day, with wildflowers swaying in the pleasant breeze and birds chirping in the trees. So, despite it being late October, Ian’s mind packed up and went on vacation, leaving him to be about as articulate as the chair he sat on.

By the time Danny had offered him the umpteenth solar-like smile and his second beer, Ian’s synapses were finally back to their usual productivity level. But there was a glitch in that system of synapses, and Ian let out, “You’re so sweet.”

Hayden choked on his beer. “You’re complimenting someone during your first meeting with them? I see… We should get our textbooks updated because flying pigs are definitely coming.”

“They’ve been around since the invention of the airplane,” Ian replied, referring to any human in the air.

“Okay, now, that’s the usual you. You had me worried for a sec.”

There was no need for Hayden to be concerned. Ian hadn’t been replaced by an alien lookalike. He was just smitten. In fact, he was so much so that he’d almost brought flowers on his next visit to that dorm room.

Becoming attracted to someone based on looks wasn’t unusual for Ian. But being smitten had been a rare experience, so it wasn’t just Danny’s looks that were working their magic on him. Despite being more apprehensive than the average person when meeting new people, Ian had started floating in a pool of serenity right after stepping into the range of Danny’s sunray-shaped aura. Danny often smiled—always with sincerity—acted in caring ways and looked at people as if he were hugging them with his gaze. Ian knew he was smitten when the thought of actually hugging Danny one day made something explode within his chest.

He continued visiting Hayden and Danny in that dorm room for the following two months and always tried having many pleasant interactions with Danny. It was easier than Ian-ly possible, because Ian wasn’t his usual self around him.

Hayden asked him about the reason behind his change in behavior, but Ian just said, “I have more vitamin D in my system now,” because ‘D’ stood for ‘Danny’, who was like sunlight in Ian’s mind, and sunlight was a known source of vitamin D.

Normally, Ian would’ve told Hayden the truth. But Danny was Hayden’s roommate, and Ian didn’t want to make things awkward by revealing his feelings. Hayden knew Ian was into guys just like Hayden was into girls, so there was no problem there. However, Ian didn’t know Danny’s preferences and he didn’t want to open Schrödinger’s cat’s box by asking either Danny or Hayden about that. If he discovered the cat dead, he’d also have to kill his current crush. If the cat were alive, he’d have to—God forbid—put himself out there and lay his feelings on the table for someone else to shuffle at will.

Both options came with downsides, so Ian just maintained a quiet crush on Danny. At least, that had been his intention… 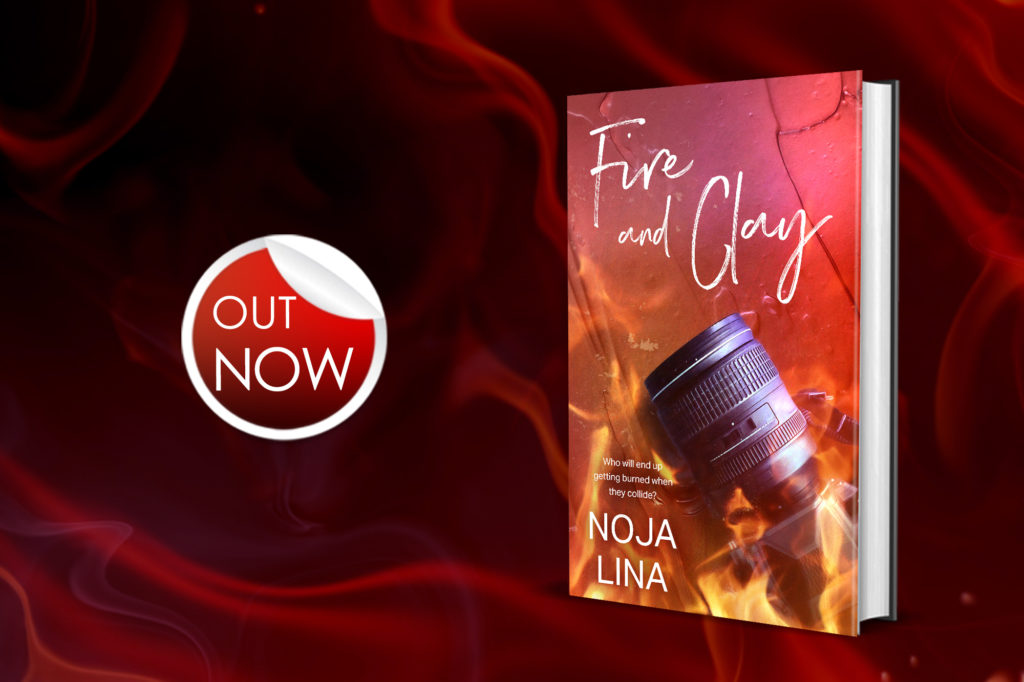 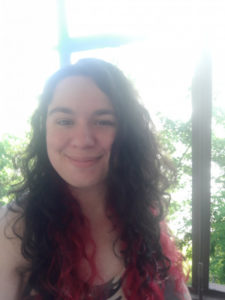 Noja lives in Romania, specifically Transylvania. When she’s not working at her full-time job or working on one of her stories, she enjoys her one-sided love relationship with various forms of Asian media, enjoys adding another cooking fail to the collection and hanging out with friends over a cold beer.