A big welcome to Hayden West as part of their release blitz with IndiGo Marketing and Design for Healing Their Wounds from Pride Publishing.

Healing Their Wounds by Hayden West

Book 3 in the City of Fountains series 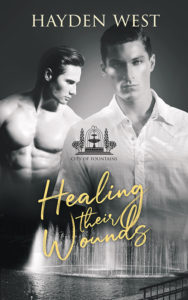 Sometimes you have to face the past to heal old wounds.

Craig Donaldson has been through a lot in his life. There’s one good thing that has come from it—his son. Owning his own business is hard but he’s making it work. Landing in the hospital after a car accident brings into his life someone he wasn’t sure he needed. The problem is, Craig isn’t positive he’s willing to expose himself to more wounds.

Dr. Hobert ‘Bobby’ Pearson loves his job at the hospital. Being the disappointment of his family isn’t something he is happy with. It seems as though when he gets close to someone he feels he could start a real relationship with, the past shows up and he’s again left alone. His family leaves fresh wounds in their wake. This new patient he has, however, hits all kinds of emotions inside him.

Will they be able to heal together? Or will past pain keep them apart?

Craig leaned forward, his heart caught in his throat. Perspiration dripped down his face, and he shuddered as excitement thrummed through him. So close. Oh God, he was close. So close.

He tensed, words lodged in the back of his throat, almost ready to be released but Not. Quite. Yet. Fingers curved, digging for purchase on something, anything, around him.

A few more seconds. He could hold out. He wouldn’t let go until he was sure. That strain on his body didn’t matter two seconds later.

He erupted, launching up from the hard bleacher seat he’d been on as he watched his son and his team compete in the semi-finals of the Little League World Series.

All around the parents and friends of the team were cheering beside him. His son, Cody, was twelve this year, and it was his last year to participate. And Cody’s double had allowed his teammate to get that winning run.

Craig’s legs were weak as he continued cheering. He wanted to sink back down to the seat, but wouldn’t. Tears burned his eyes as he watched all of his son’s teammates gather and cheer to celebrate their win.

He accepted the hug from the father of another player, Christopher.

“Same to you. This is great for them.”

The man crossed his arms and nodded. “Sure will help line up the women.”

Craig disagreed. “Yeah, they are. And it’s not happening with my boy.”

The man’s wife dropped between them with a squeal. “What are you two talking about? Colleges that will come after them?”

The blonde bounced down a few more bleacher steps to continue chatting it up with other families. Their son was one of the pitchers on the team.

“I just mean,” Christopher continued, “I need him to know he should have a bitch on his arm, not be sucking dick, isn’t that right?”

Holding Christopher’s blue eyes, Craig clamped his mouth down on his initial response and weighed his words. The last thing he wanted to do was make the year difficult for his son.

“Right now? Right now, I’m going to be the supportive and very fucking proud father of my son. I’m not thinking of his choice in a partner, because he’s twelve.” He stepped closer and lowered his voice. “I’ll support my son regardless, because it’s not only his choice but as his parent, it’s mine to support and love him unconditionally.”

Leaving before he put his fist in the man’s face, he walked to the steps and made his way down, progress hampered by all the celebrating. Not that he minded. 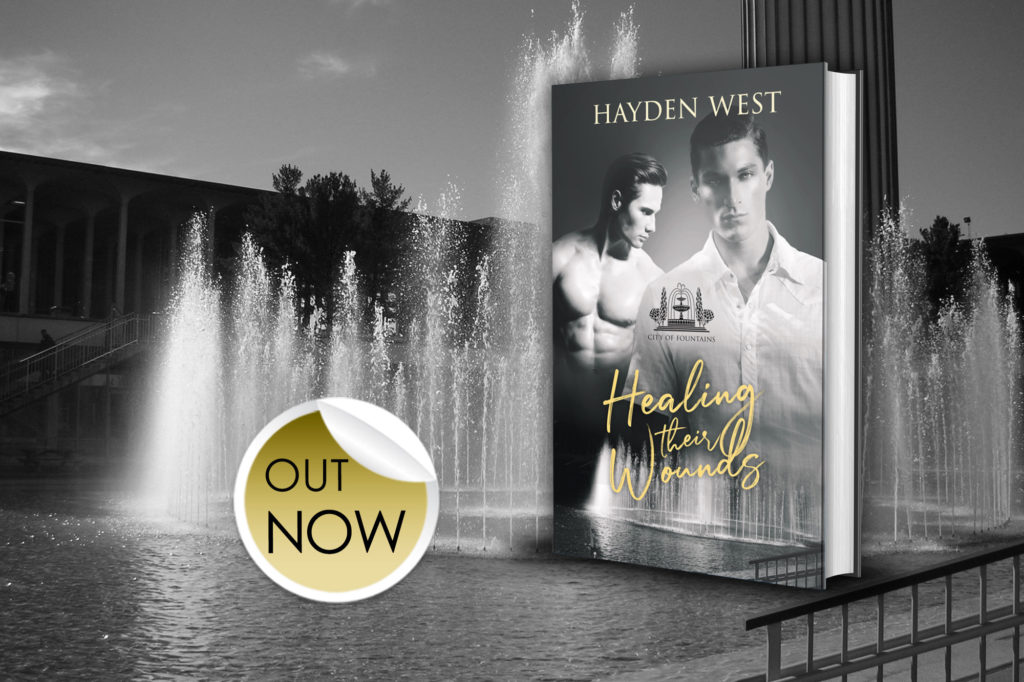 Hayden West lives in the Pacific Northwest, enjoys being outdoors, and hanging out with friends when not working on the next novella to be released.

Enter for the chance to win a $50.00 First for Romance Gift Card!