A big welcome to Raquel Riley as part of her tour with Gay Romance Reviews for Lucky Match.

After one date, I realized that would never be enough…

I started Lucky Match, a dating service, as an enjoyable way to earn some extra cash. That’s how I ended up on a date with my super hot Economics Professor.

Here’s my three step plan to seduce my teacher:

Convince Hayes to fake date me.

Inform him that we were never fake dating; it was always real.

Make him fall in love with me.

How many dates will it take for Hayes to realize I’m his lucky match?

After my divorce, I decided it’s time for a change. After missing being with a man for the past twelve years of my loveless marriage, I’m finally free to make up for lost time.

I called Lucky Match to hookup with someone who looks like the sexy student I can’t stop fantasizing about. I had no idea I’d end up with the real deal.

Is a second chance at love worth risking my career and another broken heart?

Class was over and I sat at my desk grading papers, but I couldn’t concentrate. My mind strayed to thoughts of Lucky. I circled an inconsistency in a student’s essay and accidentally pressed too hard. The tip of my pencil broke, leaving a hole in the paper. Lucky glanced around, making sure he was the last student left in the classroom before he gathered his books and approached my desk.

“Can I sharpen your tip, Mr. B.?” He indicated my broken pencil, but I caught his double entendre.

“Why thank you, Mr. Maguire. I’d sure appreciate that.” Lucky leaned farther over my desk and dropped his voice to a seductive whisper.

“Mr. B., we need to discuss the difference between in class extra credit and after school extra credit.”

“Is after school extra credit off the books?” Oh boy, this was one trope I could role play the bejeesus out of—and number one on my fantasy list.

“Perhaps if you come by the house, we might discuss ways you can apply yourself.”

“I’m eager to apply myself, Professor.”

“That’s good, Mr. Maguire, that’s really good. That’s the way to get ahead.”

“No, Mr. Maguire, you’re earning extra credit, not me.” I gave him a look that told him he’d be the one on his knees. My God, I couldn’t wait. To imagine looking down at Lucky and seeing his blissed-out face while he pleasured me nearly had my knees buckling here and now. 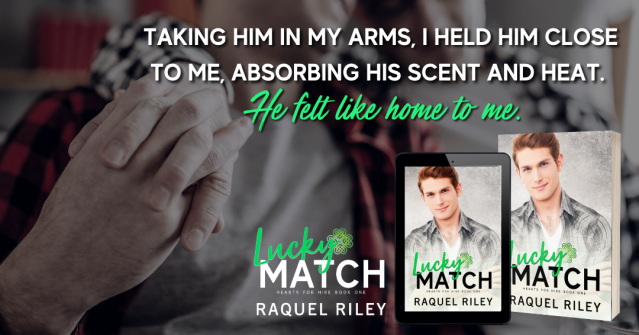 To celebrate the release of Lucky Match, we are giving away 3 ecopies of the release!
Enter the Rafflecopter giveaway for your chance to win! 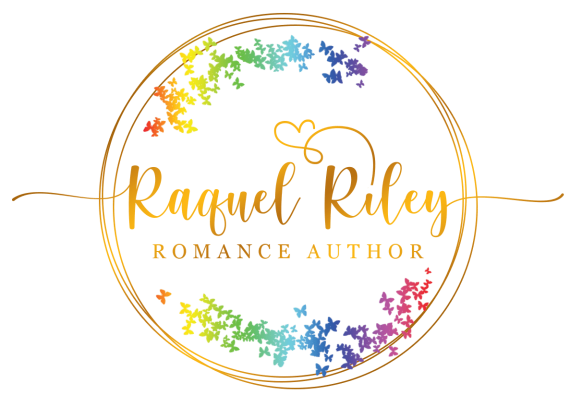 Raquel Riley is a native of South Florida but now calls North Carolina home. She is an avid reader and loves to travel. Most often, she writes gay romance stories with an HEA but characters of all types can be found in her books. Raquel weaves pieces of herself, her family, and her travels into every story she writes.

Listen to playlists inspired by Raquel’s books on her YouTube channel. https://youtube.com/channel/UC7hpKcfd9eOEC80PLPmEN9w