Release Blitz – A Right To Know by Jude Tresswell

A big welcome to Jude Tresswell as part of her release blitz with Gay Book Promotions for A Right To Know.

Book Title: A Right To Know

It is book 7 in the County Durham Quad series, but can be read as a standalone story. Background information is worked in to help readers with the protagonists’ history. 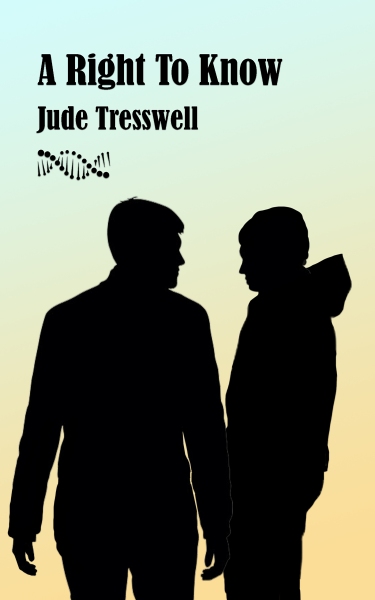 Abandonment, trust, suspicion and compromise—integral parts of a mystery that involves industrial espionage, sperm donation and coming to terms with oneself and the truth.

Sperm donors know that now, under UK law, offspring who reach eighteen have the right to learn a donor’s identity and last known address, but Phil Roberts donated before the law was changed. He is shocked and dismayed to learn that he has a son called Lewis who intends to visit. Phil’s husband, Raith, is furious—and very scared.

What does Lewis Lennon really want? The man he has always called ‘dad’ is dead. Was his death suicide or was he murdered? Lewis wants Phil to find out. So, Phil, Raith, Mike and Ross, the County Durham Quad, plus their special friend, Nick, are embroiled in another investigation, but, as always, their relationships come under scrutiny too.

Phil sat at the big kitchen table. His beard, neatly trimmed as always, failed to hide the lack of colour in his face. He looked shocked. He was holding a letter.

“You alright, Phil?” Mike was puzzled and concerned. “Bad news?”

Raith, Phil’s husband, dropped the glass of juice he was drinking. It rolled off the table and smashed as it hit the floor.

“A son! A child! How? Why? Fuck! Phil! You can’t have! And does this sperm-child want to see you?” Raith snatched the letter from Phil’s hands. “I can’t read this fucking stuff; it’s in joined-up. Why didn’t he type it?”

“He probably felt that this was more personal,” Mike suggested, retrieving the letter from the floor where Raith had slung it in disgust and shaking it free of orange juice.

“It looks as though we might find out,” said Ross, the fourth member of the quad. He was reading the letter over Mike’s shoulder. “He intends to visit. I think we need to talk.”

Mike, Ross, Raith and Phil, four men who shared a home in Tunhead, a tiny hamlet in the Durham hills. Tunhead derived its name from Tun Beck, a little stream that flowed into the larger River Wear. Tun Beck lent its name to BOTWAC too—the Beck on the Wear Arts Centre. Ross managed BOTWAC, Raith provided paintings and ceramics and Mike carried out the maintenance. Phil was the only one whose work was separate. He was a surgeon at Warbridge Hospital, an hour’s drive away and, in a sense, his medical background was the cause of the morning’s shock announcement. The four of them talked about the news that evening.

“You knew I’d donated sperm, Raith.” Phil had always made it clear that when he was a medical student, like many others on his course, he had donated both for research and for procreation.

“I know that, but you’d always done it anonymously. You said so, and you never did it after they changed the law.”

Raith was referring to a change that occurred in 2005 regarding data held at UK fertility clinics. At licenced clinics, that is. Prior to the change, offspring conceived by sperm or egg donation could learn some information about their donor when they reached sixteen, but what was released was very general. If donors wished to remain anonymous, they could do so. From 2005, though, anonymity was lifted. Sixteen was still the age of release of the ‘non-identifiable information’, but at eighteen, offspring conceived by donation had the right to be told their donor’s name and date of birth and, also, their donor’s last known address.

“I didn’t donate after two thousand and five. I think I’d know if I did.”

“Sperm can be frozen though, can’t it, Phil? Perhaps it was used after the change was implemented.”

“Only for another year or so, Ross, and under the old anonymity rules. There was a transitional period but, after that, sperm could only be used in exceptional circumstances. To create a sibling, for example. I remember being contacted about it. I had the option of… going public, if you like, but I chose not to do so. I didn’t want…I didn’t want a child, well, not one that I’d feel some responsibility for. I suppose, if I’m honest, I did want to pass on my genes, have that sense of immortality—I knew it was unlikely that I’d ever father a child with a woman. I just wanted to… be helpful, I suppose. I gave a brief self-description at the time, but the details would apply to thousands of people: eyes, hair, height, weight, ethnicity. Even if you narrowed the count with ‘student medic’ and my year of birth, you’d still be talking hundreds. I was careful not to leave traces.”

“How thoughtful of you!”

Ross chastised gently but, tonight, too harshly for Raith.

No hugs, no kisses—the little goodnight habits that told the men that they were loved and cared for and cared about. Just “I’m going up” and heavy footsteps on the stairs.

Jude Tresswell lives in south-east England but was born and raised in the north, and that’s where her heart is. She is ace, and has been married to the same man for many years. She feels that she understands compromise. She supports Liverpool FC, listens to a lot of blues music and loves to write dialogue. 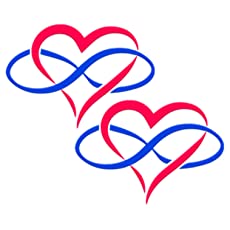 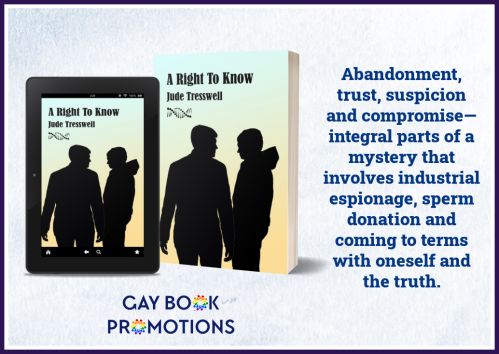