A big welcome to Alexa Piper as part of her tour with Silver Dagger Book Tours for Fairview Chronicles. 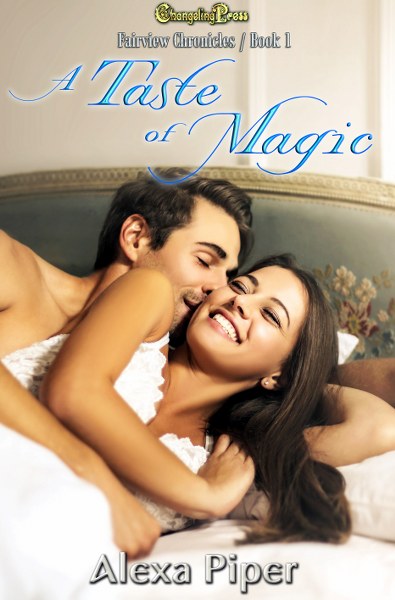 When life takes a turn it might take you to a magical place full of monsters, murder, and love.
Somehow after dropping out of college, Cora’s life has become one part Dresden Files, one part Buffy. She thought she was heading for a boring, uneventful future. Instead she tumbles into the supernatural underbelly of Fairview as a PI’s freshly minted assistant. Will she manage to tame the not-so-vampiric lover who has her on his radar?
Valerian enjoys his life eating the greed of humanity. When he stumbles into Cora, he happens to find her quite the delectable morsel. He wants to savor her fully and introduce her to the paranormal world she’s never known about before. There are annoying creatures to overcome before Valerian can have his way with her. But nothing will keep him from making Cora his.
Content warning: There is brief mention of depression and suicidal thoughts in Cora’s story, but those thoughts are not acted upon.
Add to Goodreads
Amazon * Apple * B&N * Kobo * Changeling Press 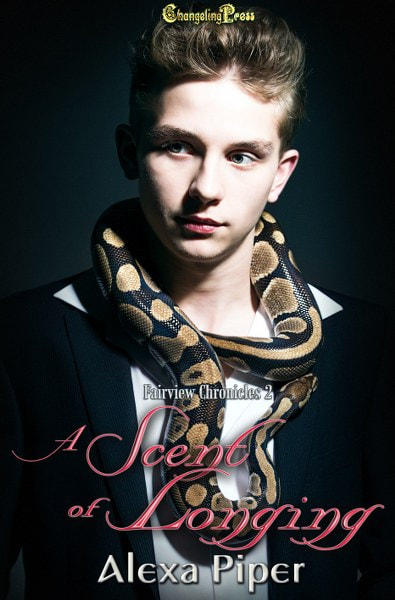 Snake demons and vampires may be cold-blooded, but when one falls for the other, things get hot.
Snake-demon Asc has been healing supernaturals and humans alike for ages, and he should know better than to get involved with one of his patients. Yet, there is something about the vampire he saves from almost certain death that stirs more than just Asc’s healer’s heart.
Victor wanted to rid the world of a scourge, the vampire who made him, and all it got Victor was nearly killed. He wakes not to the light of the afterlife, but to the heat of a healer’s kiss.
Can Asc and Victor and the motley crew that is St. John Investigations put an end to Victor’s maker?
Add to Goodreads
Amazon * Apple * B&N * Kobo * Changeling Press 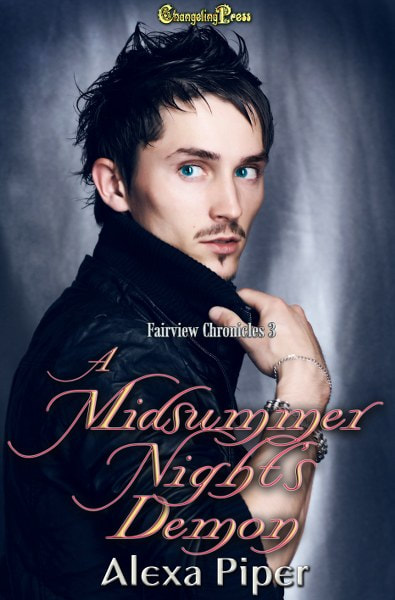 Hell is escaped, lovers are met, arranged marriages are fled, and the office furniture is decidedly too horny.
The son of the Lord of Hell, Lark, is engaged to a demon whom he does not love. He escapes hell, his father, and his fiancé. His flight takes him to the human plane, where he finds himself summoned by Chris, former lawyer and current accountant of St. John Investigations.
Chris really just wanted to learn about demonic math when he decided to summon one of the denizens of hell, but confronted with Lark, he decides getting the beautiful demon into his bed is far more appealing than accounting.
But Lark’s escape from hell does not go unnoticed, and soon the Lord of Hell himself arrives in Fairview to take his son back to the altar. Three wicked witches also come to the city looking for a love that was dragged to hell. It might just be one magical desk that holds the key to everyone’s happiness and happily-ever-after.
Add to Goodreads
Amazon * Apple * B&N * Kobo * Changeling Press 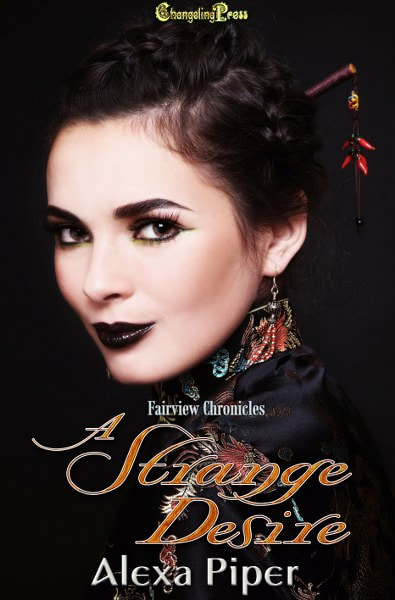 Is Beijing big enough to hold this fiery mage and the ego of the antihero who thinks he owns her?
Cora, who has newly discovered she is a powerful mage, and her boyfriend and most notorious antihero and soul-eating greed-demon Valerian, travel to China, where Cora is supposed to learn everything there is to learn about being a mage.
Yet they have barely set foot on the ground when they attract unwanted attention. Jirou, fleeing from family obligations, is reeled in by the looks of the pretty couple. Bastien has much darker intentions: a long-held grudge against Valerian makes him want to steal Cora and make her his.
Figuring out why they have suddenly become a target halfway around the world leaves Cora and Valerian to discover all the strangeness of Beijing in this fast-paced tale of creatures, mages, and magic.
Add to Goodreads
Amazon * Apple * B&N * Kobo * Changeling Press 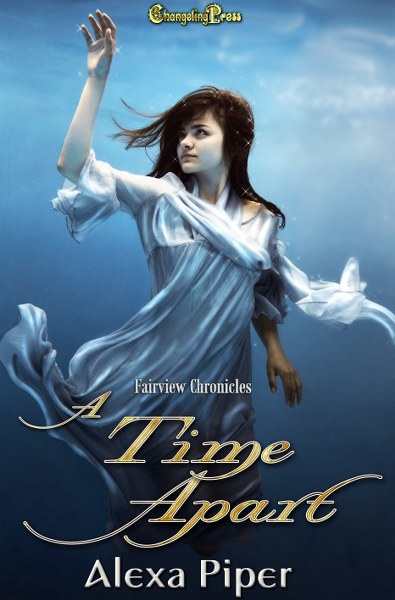 A mage in Fairview can’t leave her desk for five minutes without things getting stranger.
Cora has become a potent mage while away in China, but upon returning to her job as a PI’s assistant, she finds things have changed quite a bit. Her best friend has become engaged to a demon he summoned, her boss is taking a trip, and her favorite barista is one of the magical denizens of Fairview.
Valerian is just about ready to let life get comfortable around him. With his mage girlfriend Cora and their pretty and impressionable lover around him, that shouldn’t be a problem. But when Cora tells him she doesn’t love him and never did, comfort is the furthest thing from his mind.
Will Fairview’s premier private investigator’s office ever be the same with the accountant marrying a demon? Will a trickster’s games ruin the happy reunion several people are looking forward to? And most importantly, will the desk ever be satisfied? The Fairview gang is ready to find out.
Add to Goodreads
Amazon * Apple * B&N * Kobo * Changeling Press 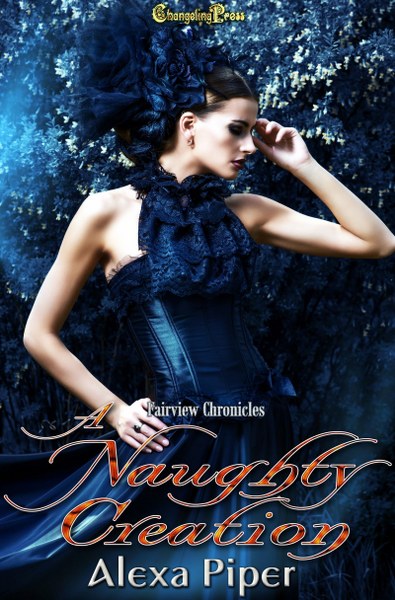 Meet the monster and his maker. Fall in love with the druid and her vampire. Also, the horny office furniture is back!
Aife has been pulled out of her own time into the present day, and is struggling with a strange new world she can hardly comprehend. The only constant that she knows, the only person who can even begin to understand her, is Myrtis. Yet Myrtis is a vampire who hides his true feelings all too easily.
Myrtis knows loneliness and has sought it out. He knows the pain of love and loss even better. He swore to Aife that he would help her fit into this time. Loving her wasn’t what he anticipated when he met the druid, but it isn’t a feeling he will deny.
Elsewhere in the city, a creature brought back from the dead is longing for his freedom from the necromancress who reanimated him. Draining a druid’s power might just be the way to accomplish that, and so the creature sets out to become free, because alive simply isn’t enough.
Add to Goodreads
Amazon * Apple * B&N * Kobo * Changeling Press 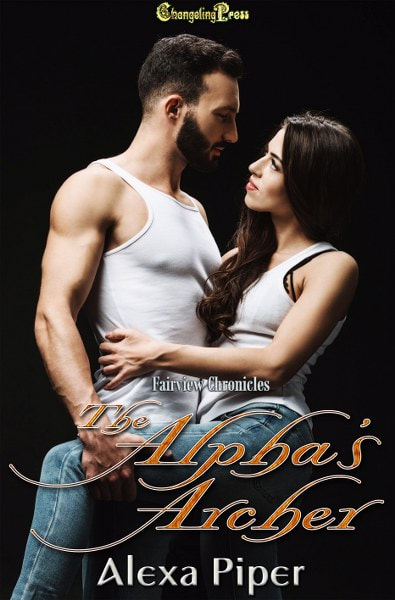 She’s a werewolf alpha who knows what she wants, and it isn’t the trickster. Except the trickster disagrees.
Lindsey likes being a police detective, and she also likes being a werewolf alpha and a good leader to her pack. What Lindsey doesn’t like is the trickster who has decided to court her in the middle of a series of uncanny murders.
Eris likes his bow, well-fletched arrows, and the werewolf alpha who claws at his heart with her werewolf claws, metaphorically speaking. Yet, law enforcement seems to have an issue with a trickster deploying arrows, and Lindsey is ever the diligent detective.
While bodies grace the streets of Fairview, Eris has decided to win his werewolf’s heart. All he needs to figure out is how to make the stubborn alpha into his lover.
Lindsey decides to team up with St. John Investigations, the best in the business of supernatural oddities in all of Fairview, to get to the bottom of her paranormal murder mystery, but she will have to deal with the trickster all by herself.
Will Lindsey overcome her fear of commitment, and will Eris overcome his urge to shoot people? Can the St. John Investigations B-team help solve the series of crimes, and why is there a bear? Find out in this mysterious murder comedy. Warning: Contains sentient and very horny office furniture.
Add to Goodreads
Amazon * Apple * B&N * Kobo * Changeling Press

Follow the tour HERE for special content and a giveaway!
$10 Amazon – 1 winner
Artisanal Alexa Piper bookmarks, made by a local Regensburg artist – 3 winners!
a Rafflecopter giveaway