A big welcome to Emily Carrington as part of her release blitz with IndiGo Marketing and Design for Kaito’s Silence from Changeling Press. 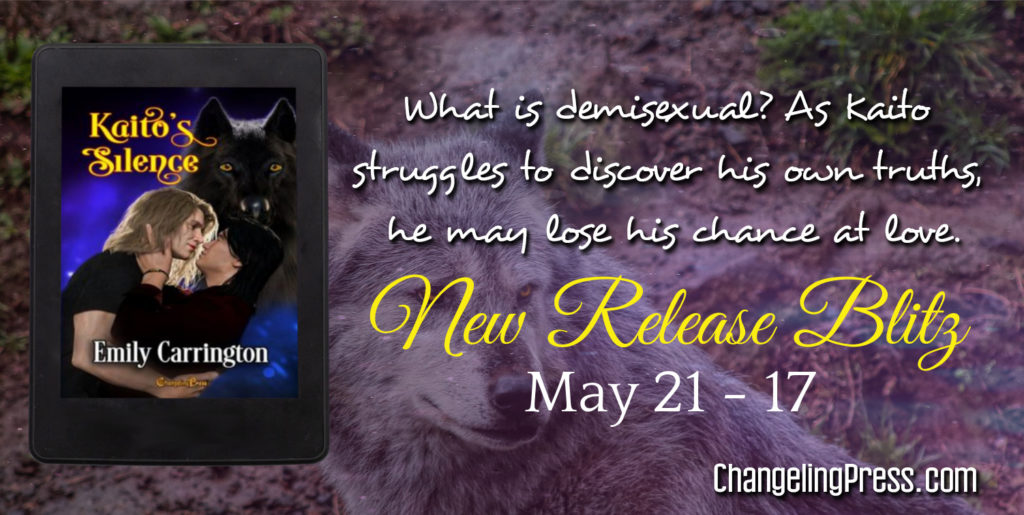 Kaito has always been attracted to werewolves of the opposite gender — until he meets his new sign language tutor, a flamboyant wolf named Stefan.

As Kaito struggles with his own sexuality, Stefan starts to feel like an experiment. Can their love thrive or will Kaito’s indecision push them apart?

Watching the interpreter’s hands make graceful patterns in the air, Kaito had to admit he wasn’t paying a great deal of attention to the speaker. He didn’t know sign language, not yet, but he was thoroughly captivated by the confident hand movements. The interpreter, another werewolf, was attractive in a way that reminded Kaito of a female wolf from back home.

Akira. But it hurt to even think her name. And it hurt even more that they’d progressed past honorifics and used personal names when they were together. She and her whole family had moved here from Japan when Kaito was fifteen and she was fourteen. It had seemed fated, their eventual mating. And now here he was, far from Louisiana where his alpha, his father, had brought the Issei pack.

He became aware that the director’s speech was coming to an end. “… please find your department head.”

All the students in the auditorium rose as one and began filing down to where the professors stood.

Kaito went down to the table assigned to trackers, chastising himself for daydreaming when he needed to pay attention. But halfway there, he was intercepted by a human woman and the interpreter. She signed as she talked. “Are you Kaito?”

He reminded himself that non-Japanese people might not know about the proper way to address someone, by their last name. He nodded slightly and held out his hand.

She shook with him.

So did the interpreter, although he said nothing.

Before Kaito could wonder about that, the woman said, “I’m Lauren Ashbury and this is Stefan Weber.” She pronounced the “w” like a “v” and by that, Kaito assumed the other werewolf was German, or perhaps German American, as he himself was Japanese American.

Ms. Ashbury continued, “Stefan is almost totally deaf.” She kept signing as she talked. “You asked to be placed in the immersion program for sign language. Stefan will assist you with that.”

Kaito wanted to ask how he could learn anything when his instructor couldn’t talk. But that seemed rude, so he simply nodded and smiled. “Thank you,” he said to Stefan, making the one gesture in sign that he knew, which was the right hand touching the mouth and moving outward, palm up. He thought it meant “thank you” or that was what he had picked up from a television show.

Stefan signed something back and Ms. Ashbury said, “He says you’re welcome.”

Stefan went on signing and Ms. Ashbury nodded. Again signing as she spoke, she asked Kaito, “Do you have a cell phone?”

“Yes, ma’am.” It had been an accepted-to-the-academy present from his parents. His father had said he could use it like a computer to study but that he shouldn’t become distracted by social media because that would jeopardize his career. Kaito assumed the older werewolf meant he’d get distracted by all the myriad conversations on the Internet.

Stefan handed him a sheet of paper. On it was a schedule. They would meet every day at eight-thirty, before Kaito’s other classes, which started at ten. Then he saw they were to meet on the weekends too. He didn’t know what to say to that, but perhaps, because it was immersion…

Stefan tapped the top of the paper and Kaito looked where his finger had been. In a very neat hand was written: <em>Here is my cell phone number. Please text me tonight after you are settled. We don’t need to meet until Monday</em>.

Kaito considered this and nodded. Glancing at Ms. Ashbury, he asked, “Can you sign for me?”

Kaito detected a slight frost in her voice and felt himself flush with embarrassment. “I meant no disrespect,” he said to Stefan. “I simply wanted to say thank you for taking me on as a student.” His attention was caught briefly by a flash of pink and he noted that Stefan had an earring, a pink triangle. The symbol tugged at some association from his Human History classes in his pack, but he couldn’t remember just now. He wondered how a werewolf could keep an earring in. Wouldn’t their natural healing process make such a thing impossible?

Stefan waved and Kaito understood it was a goodbye signal. He waved back.

Stefan and Ms. Ashbury turned away, almost in lock step. The ease of their body language told Kaito they were very familiar with each other.

He wondered for a moment how they had known his name. 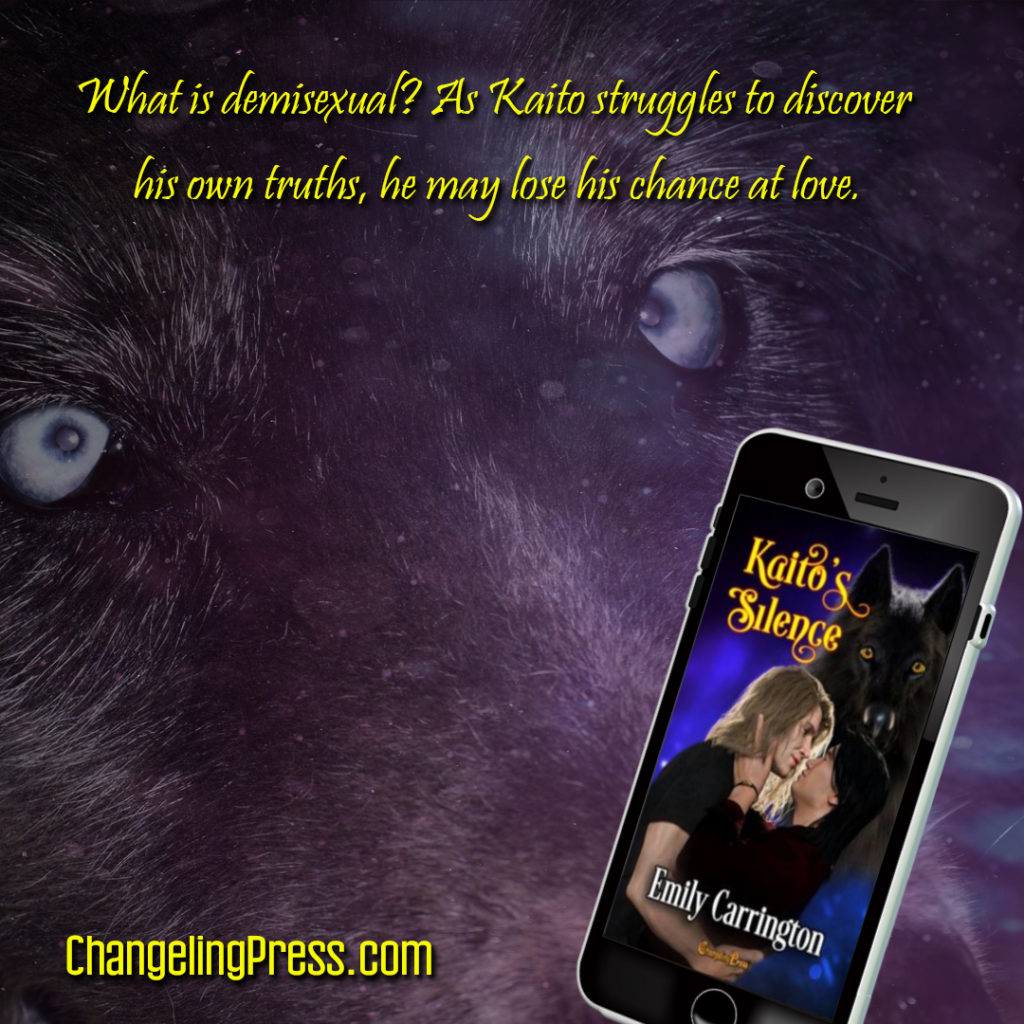 Emily Carrington is a multipublished author of male/male and transgender erotica. Seeking a world made of equality, she created SearchLight to live out her dreams. But even SearchLight has its problems, and Emily is looking forward to working all of these out with a host of characters from dragons and genies to psychic vampires.