Release Blitz – The Coup and The Prince by Mell Eight

A big welcome to Mell Eight as part of her release blitz with IndiGo Marketing and Design for The Coup and The Prince from NineStar Press.

Title: The Coup and the Prince

The coup should have been simple: oust the tyrannical regents and restore the rightful heir to the throne. No one expected the rightful heir to be dead, or for his younger brother to be missing. The search for the missing prince is important, but not as important as putting the destroyed country back together. At least, that’s what Aiden thinks until he stumbles on a terrible crime ring and a pair of beautiful green eyes that might just derail everything he’s been working towards.

The Coup and the Prince
Mell Eight © 2021
All Rights Reserved

Aiden was going to go mad, screaming and hair pulling included, if he had to go to another meeting. As if that weren’t bad enough, after the endless rounds of meetings, he had paperwork. Endless bloody stacks of paperwork. For every piece he finished, another fucking dozen appeared on his desk. He couldn’t escape from it all. He was a frigging soldier, not a paper pusher, and he hated sitting still. His new position as captain of the guard required he attend to his new duties, rather than actually being out in the city where the real work was, but Aiden was thinking of stuffing it all and running away.

In fact, that sounded like a great idea. Fuck them all anyway. He deserved a long weekend off. Aiden slammed his pen down on his desk, glad to have his decision made, and stood with a violent shove of his chair.

“I’m done for the day,” he snapped to his shocked-looking secretary across the room.

Ernest nodded. Aiden had worked with Ernest long enough to know Ernest would have blindly agreed even if Aiden had declared he was off to fuck a duck, but Ernest didn’t mind the damned paperwork, so Aiden kept the kid around anyway.

“It’s after midnight, sir,” Ernest replied softly. “Shall I hold your appointments until tomorrow afternoon?”

Aiden winced at the thought of having any more meetings. “Push them until Monday morning. I should be able to think straight by then.” If he had to go to another meeting any earlier than Monday, he might actually snap and strangle someone.

Ernest nodded in agreement again and quickly made a note in the ledger on his desk before jumping up to help Aiden with his coat.

“What should I tell Major Trell, sir, if he comes calling?” Ernest asked before Aiden could fasten his buttons and get out the door to freedom.

“Tell the old bastard that he should have planned a little better before he threw his coup, and anything that goes wrong in my absence is his fault,” Aiden snapped as he wrenched the door open and slammed it behind him.

A muffled “Yes, sir” sounded from behind the door.

“And take tomorrow off too, Ernest,” Aiden yelled before stomping off.

Aiden didn’t go to his rooms in the castle. He could easily be found there and dragged off to something “vitally important” that Aiden didn’t give a fuck about. He needed to be out there doing, not sitting on his ass.

Before the coup, Aiden had led men. He had been in charge of keeping the city safe, catching criminals and murderers and putting them behind bars so people felt safe at night. He had loved the job and the men and women he had commanded. Trell, the bastard, had promised Aiden he could have his job back after the coup. Hell, that was one of the reasons Aiden had joined with Trell in the first place.

The coup had been a disaster, plain and simple. They had taken power back from the regents, yes, but instead of reinstating the heir like they had originally planned, they were stuck putting the country back together themselves.

Ten years before the coup, the king had started forgetting things. It was only recent edicts, meeting times, and simple things in the beginning, but five years ago, when he forgot the names of his wife and two sons, the physicians declared the king needed to be sequestered for his own safety.

The king’s oldest child was only fifteen at the time, so the council had chosen the grand duke and the queen to act as joint regents on behalf of the heir until he came of age. Given how quickly the councilors chose two people mostly unsuited for the task, Aiden had little doubt they had been bribed. Aiden would have let it go—that was politics after all—except then the council had allowed the regents’ excess to take over.

For the subsequent five years of the regents’ rule, food, goods, and a lot of money had gone into the castle and only bodies had come out. Taxes were raised, and the crown stopped paying for the goods it consumed. Prices for wheat skyrocketed after a late-summer storm wiped out much of one year’s crops, and the crown demanded more instead of helping the people it served.

The last straw for Aiden had been when the city guard had been disbanded. His beloved troops were left penniless and without prospects, as was he for that matter. When Trell approached Aiden, Aiden had been more than happy to lend his influence to the coup.

The queen and the grand duke had been killed in the fighting. The king had survived the coup, somehow. Trell and Aiden had gone to see him once the castle was secured and found a clueless and helpless child in place of the strong man Aiden remembered.

Trell had always planned to reinstate the king’s heir to the throne, not take power himself—which was why he was still considered a major despite the fact he was basically running the country—but when they broke into the heir’s room, they had found him lying in bed, dead. His body had been left where he had been murdered, and when Trell’s soldiers entered the room months later, they found a bloated and decaying mass of nearly indistinguishable flesh. No doubt the regents had claimed he was “indisposed” or something equally indelicate to keep anyone from asking questions, and removing the prince from the picture had also removed anyone who might have had the power to protest the regents’ actions.

The king’s younger son and only other child had never been located, had in fact been missing since the regents took power, which meant the task of putting the city and country back together after five years of mismanagement fell to Trell and Aiden. It also meant that, while the city guard had been reinstated, Aiden couldn’t be there for his troops until everything else had also been cleaned up. Instead, he was stuck with the bloody paperwork.

Still, one night walking the beat would go far to lift his spirits. Aiden couldn’t stop a small smile from stretching his lips at the thought. One night to remind him what he was working so bloody hard to achieve might even reground him. The sooner he finally got through those endless fucking piles of paperwork, the sooner he could return to the job he actually liked.

He did try to keep abreast of some of the cases that were baffling his troops. Ernest put together a weekly report for him, and Aiden always found the time to read it. The most distressing one on the list was the ring of underage prostitutes. Ordinarily it would be easy enough to find the pimp and arrest him and then find safe homes for the kids being abused, but there were mitigating circumstances. No one could actually locate the pimp, for one, and for another, any time one of the kids actually spoke to the guard they were found with their throats slit the next morning.

Aiden wasn’t in uniform, and it had been quite a few years since he had been able to patrol the lower city; maybe his face wouldn’t be recognized. He could easily pretend to be just another man out looking for a suck and a poke.

With his plans firmly in mind, Aiden finished sneaking out of the castle and headed into the city proper. He had a small townhouse where he would change clothes into something more disreputable and then go see what delights the lower city had to offer him. 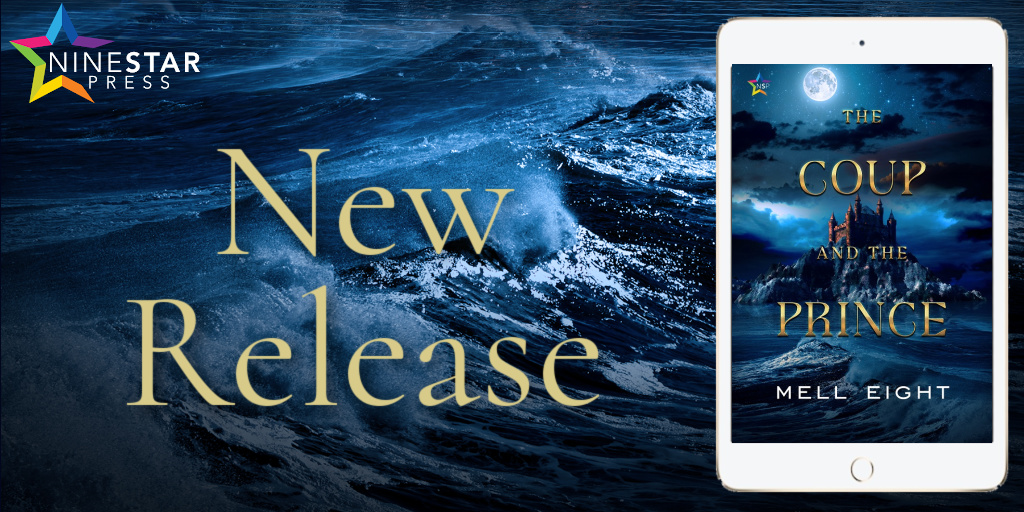