Release Blitz – Starting From The Top Audiobook by Lane Hayes

A big welcome to Lane Hayes as part of her release blitz with IndiGo Marketing and Design for the audiobook of Starting From The Top.

Title: Starting From The Top 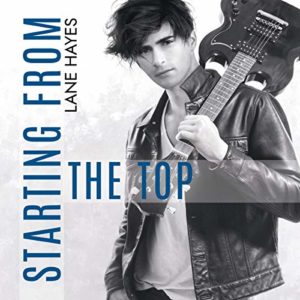 The guitarist, the dad, and a band on the rise…

A quiet place to live and some time to recharge before my band heads out on the road again sounds amazing. I wouldn’t mind a distraction too, but my new neighbor is off-limits. There are rules about not getting involved with your bandmate’s ex, right? And Sean isn’t my type anyway. He’s too bossy, too commanding, and he has way too much baggage. I’ve learned that it’s best to let go of the heavy stuff. So why am I so drawn to him?

Coming out later in life has taught me to protect my privacy at all costs. And while juggling a handful of businesses and two kids isn’t easy, I excel at the art of multitasking and keeping everything separate. But Johnny blurs those lines. He’s easy-going, sweet-natured, and cool. In short, he’s everything I’m not. I want to know all about him…starting from the top.

Listen to a sample and purchase at Audible 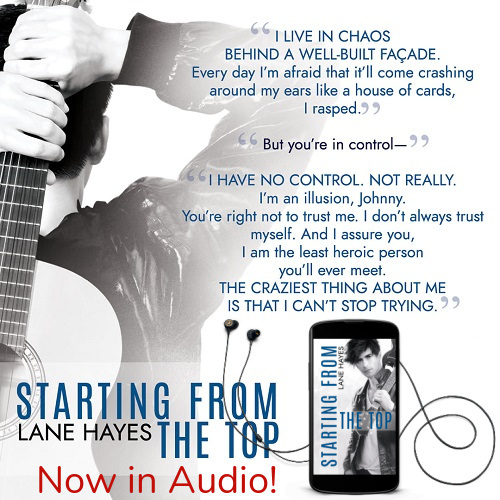 Lane Hayes loves a good romance! An avid reader from an early age, she has always been drawn to well-told love story with beautifully written characters. Her debut novel was a 2013 Rainbow Award finalist and subsequent books have received Honorable Mentions, and were winners in the 2016, 2017, and 2018-2019 Rainbow Awards.

She loves red wine, chocolate and travel (in no particular order). Lane lives in Southern California with her amazing husband in a not quite empty nest.

Michael has well over 50 audio book titles currently available for purchase on Audible.com. He is versed in multiple styles and genres including fiction (novels and short stories) ranging from romance to science fiction to crime dramas to thrillers; business strategy books; health and wellness books; and even an occasional children’s book.

If you are interested in working with Michael to produce your next audio book, you can contact him directly at acx@michaelpauley.info

Anne Barwell lives in Wellington, New Zealand. She shares her home with a cat with “tortitude” who is convinced that the house is run to suit her; this is an ongoing “discussion,” and to date, it appears as though Kaylee may be winning. In 2008, Anne completed her conjoint BA in English Literature and Music/Bachelor of Teaching. She has worked as a music teacher, a primary school teacher, and now works in a library. She is a member of the Upper Hutt Science Fiction Club and plays violin for Hutt Valley Orchestra. She is an avid reader across a wide range of genres and a watcher of far too many TV series and movies, although it can be argued that there is no such thing as “too many.” These, of course, are best enjoyed with a decent cup of tea and further the continuing argument that the concept of “spare time” is really just a myth. She also hosts and reviews for other authors, and writes monthly blog posts for Love Bytes. She is the co-founder of the New Zealand Rainbow Romance writers, and a member of RWNZ. Anne’s books have received honorable mentions five times, reached the finals four times—one of which was for best gay book—and been a runner up in the Rainbow Awards. She has also been nominated twice in the Goodreads M/M Romance Reader’s Choice Awards—once for Best Fantasy and once for Best Historical. Anne can be found at https://annebarwell.wordpress.com
View all posts by Anne Barwell →
This entry was posted in audiobook, IndiGo Marketing. Bookmark the permalink.