More Heat Than The Sun series by John Wiltshire

More Heat Than The Sun Series
By John Wiltshire 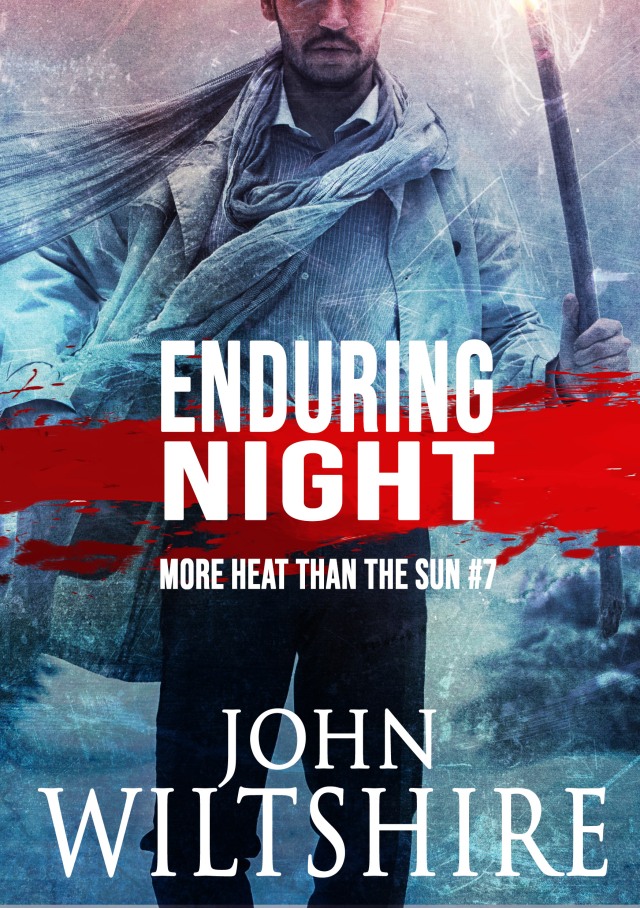 The supreme art of war is to subdue the enemy without fighting. Nikolas has always liked art. You’d have thought that Ben and Nikolas would have learnt that their romantic holidays inevitably end up as disasters. A short break on the polar ice sees them trapped in a nightmare of murder and deceit. Neither of them, however, foresees the long-term impact that endless winter has on their relationship. They return with a metaphorical darkness that threatens everything they have created together. Desperate and fearing for Nikolas’s life, Ben makes a bargain with a surprising ally. For the first time, Nikolas meets an enemy more powerful than he is. But fortunately, not as sneaky…

“Go to the bathroom.”

“Ben, no, this is not such a large plane as before.”

“It’s not big enough for your cock?”

Ben stood up and stretched, giving Nikolas a full view of what was extremely evident only inches from his face. He climbed over him, swinging out into the aisle, adjusted his jacket neatly and made his way to the toilet.

He leant on the small counter, studying himself in the mirror.

He didn’t believe one word of Nikolas’s story. He’d learnt too well now to ever fall for Nikolas’s elaborate lies again. But there was probably a kernel of truth somewhere within it. Charlie likely was real, and he had possibly once visited Svalbard. The rest existed only in Nikolas’s twisted psyche.

A figure appeared in the mirror behind him.

Even in first class, the toilet was too small for both of them to comfortably stand. But then it had never been designed for two.

“Squeezy once wrote to an airline and suggested they have shagging-only toilets installed.”

“If your moronic friend trashes our house while we are away, I will skin him alive.”

“I think he’s turned a corner. Tim makes him pee sitting down.”

Nikolas reared back, stilling his hands which had been undressing Ben. “I do not know what to be horrified at more—that he does that or that he tells you about it…or that you think to tell me!”

Ben smiled at their reflections. “Less thinking then and more demonstrating the bits of a man’s body you like?”

Nikolas slipped one finger into a place he had demonstrated over the years with Ben that he liked very much, and Ben hissed, bending over slightly, accepting the intrusion. When it was nothing other than pleasure, he straightened and considered Nikolas’s reflection over his shoulder as they shared this intimacy. “Women have that part, too.”

Nikolas nodded after a moment of deep thought, his finger not stopping, however, not losing its rhythm. “You wouldn’t think so the way they guard them.”

Ben laughed. It was too true to refute. Nikolas’s other hand suddenly plunged deep into Ben’s trousers and discovered a more unique male part. Ben leant back against him, closing his eyes as the strong grip squeezed and released, squeezed and released in time to the stroking inside him. Sandwiched between Nikolas’s working digits, he was thoroughly satisfied.

He knew he would come soon, so he freed himself entirely. Then he opened his eyes to watch.

He didn’t hesitate. He slapped Nikolas across the back of the head in full view of everyone in first class. It wasn’t hard. It didn’t hurt. It was a bitch-slap. He’d seen Tim give them to Squeezy often enough.

Nikolas was very quiet for the rest of the journey and didn’t catch anyone’s eye.

He still wore the ring though.

Book 8: His Fateful Heap of Days 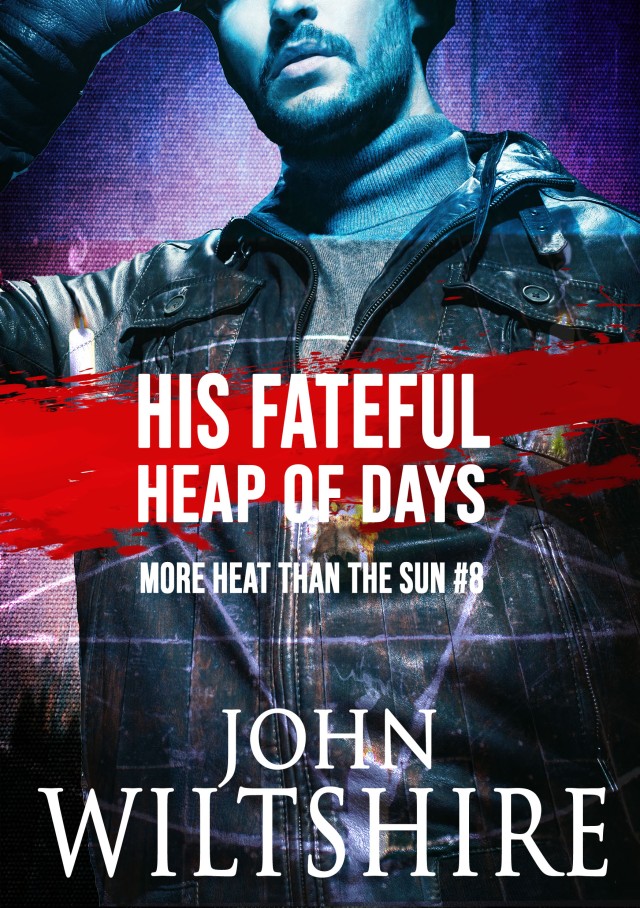 “Into his fateful heap of days the soul of man is cast.”

Only a few months from his fiftieth year, Nikolas is feeling a distinct wobble in his formidable certainties. Aleksey Primakov appears to have become irrelevant. All he needs, therefore, is to be dragged into an adventure with Devon’s answer to the three musketeers. How many times can he tell Ben and his moronic friends that a mutilated body buried on Dartmoor has nothing to do with them? But not only does this desecration slowly become their business, it cuts to the heart of the life they have created together. It’s just as well, perhaps, that generals never do actually retire…

Go back to were is all began…

Book 1: Love Is A Stranger 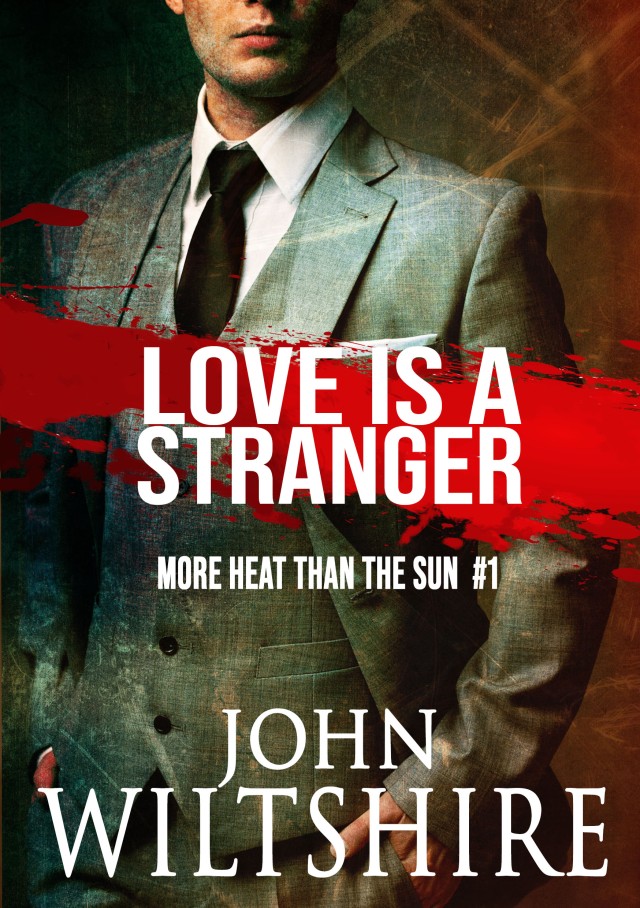 Ex-SAS soldier Ben Rider falls in love with his enigmatic married boss Sir Nikolas Mikkelsen, but Nikolas is living a lie. A lie so profound that when the shadows are lifted, Ben realises he’s in love with a very dangerous stranger. Ben has to choose between Nikolas and safety, but sometimes danger comes in a very seductive package.

Book 2: Conscious Decisions of the Heart

Ben Rider and Nikolas Mikkelsen learn that danger comes in all shapes and sizes and often in places you least expect it. Nikolas’s dark past calls to him, inexorably dragging him back into its seductive embrace.

While he goes on an errand of mercy to Russia, Ben travels to Denmark to learn Nikolas’s language. Convinced Russia’s vastness will swallow Nikolas, Ben doesn’t see the enemy much closer to home. Thinking he has lost Nikolas, Ben then makes a terrible decision that threatens to destroy everything they have together.

Focused on this very personal horror, bound by a new level of commitment, they have no idea that a greater threat is coming. And when it arrives, it changes everything—even the definition of commitment.

Warning: This story contains the violent death of a minor character and some graphic violence and gay sex.

Book 3: The Bridge of Silver Wings 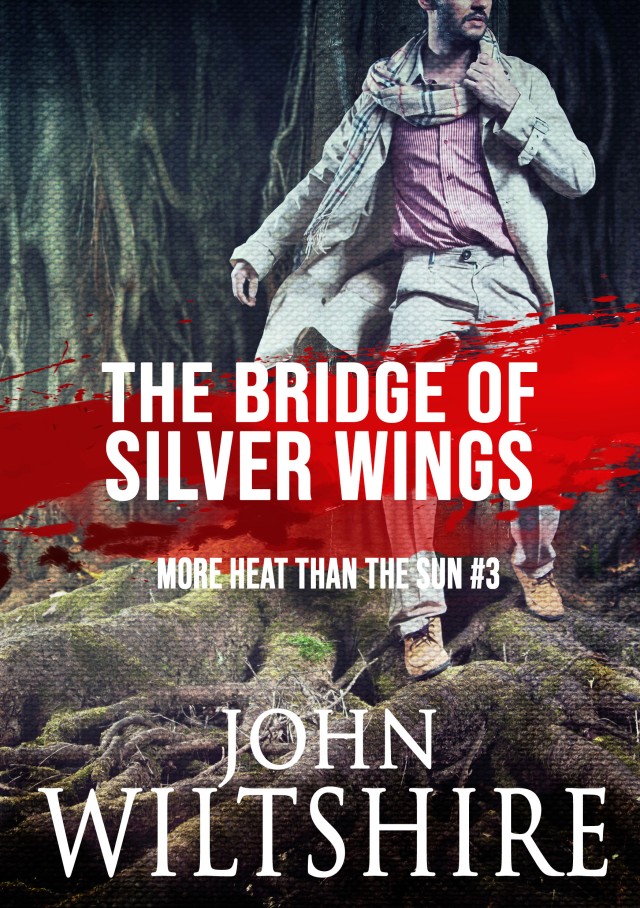 Nikolas and Ben discover that bonds aren’t forged with blood or scars, but in the hearts of men strong enough to love.

Siberia in winter isn’t a place for good men. There is nothing Nikolas won’t do to keep Ben alive. Nikolas has exorcised his demons, but when they end up stranded in Russia, the monster inside needs to be let loose. Ben discovers the truth of the adage, ‘be careful what you wish for’!

Home again, Nikolas then faces an enemy he can’t defeat: Ben Rider himself. Discovering a new family, Ben realizes he’s been living too long in the shadows cast by Nikolas’s all-consuming love. For the first time, life apart from Nikolas is possible.

Book 4: The Other Country 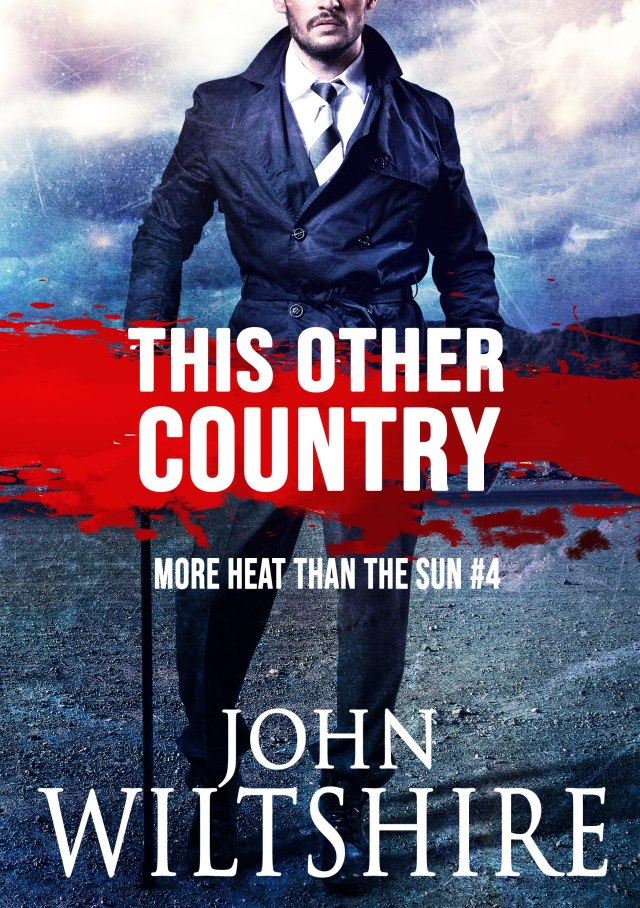 Nikolas is the sanest, straightest, person Ben knows, so can anyone tell him, why is he on a gay therapy course?

Nikolas Mikkelsen could make a very long list of unpleasant things he’s endured in his life. Then order it from ‘nearly killed me’ to ‘extremely horrific and don’t want to do again’. And what did it say about his forty-five years that being hit by a tsunami would be a considerable way down this list? But nothing, not torture, imprisonment, nor starvation has prepared him for what he now has to endure for Ben Rider’s sake-attendance on a residential, gay therapy course. At least he has a new contender for the top spot on his ‘my awful life’ list.

It’s either a brave or a stupid person who threatens anything Nikolas Mikkelsen loves.

Ben usually overlooks Nikolas’s occasionally jarring dissonance. Not this time. A deep rift, a terrible lie, separates them. Eleven thousand miles from Nikolas, in New Zealand, it’s bitter winter as Ben films the tragic story of a post-apocalyptic gladiator, a victim of his own personal darkness. But on receiving a death threat, Ben suspects the truth of actor Oliver Whitestone’s suicide. Someone doesn’t want this movie made. It’s fortunate for Ben, therefore, that dissonance is a state of unrest, a longing for completion. As if Nikolas would stay at home in disgrace while Ben Rider-Mikkelsen becomes the target of a crazed stalker… 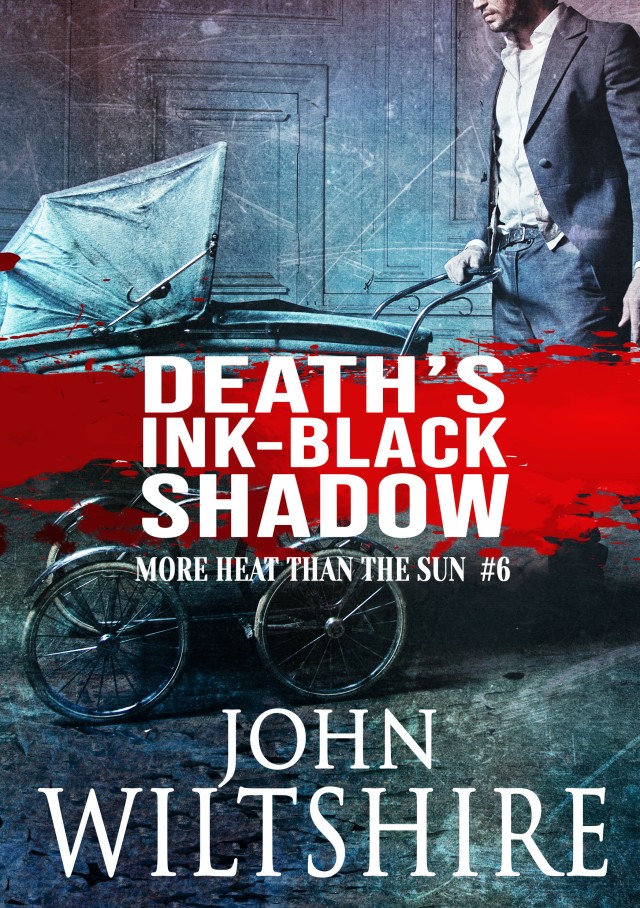 “Learn to love death’s ink-black shadow as much as you love the light of dawn.” Yeah? Well, Nikolas doesn’t do early mornings.

It takes a certain kind of courage to live as if favoured by the Gods, ignoring the ever-present ghosts of your past–or perhaps not bravery, but arrogance. And maybe not even that. Ben genuinely believes that the past is behind them—that they deserve to enjoy the life they have created. So it’s not hubris that leads him to overlook the signs that Nikolas does not share his faith, it’s love. But Nikolas knows something is coming. He can’t stop it; he can only decide how he will choose to face it. And without Ben’s support, he is entirely alone.

More Heat Than The Sun Series

John Wiltshire is the pen name. The author was born in England, but she travelled widely whilst serving in the British Army, living in the States and Canada and Europe. She retired at the rank of Major, and finally settled in New Zealand.

To date the author has written 14 novels.