A big welcome to A.L. Lester as part of their release blitz with IndiGo Marketing and Design for the audiobook of Inheritance of Shadows.

It’s 1919. Matty returns home to the family farm from the trenches only to find his brother Arthur dying of an unknown illness. The local doctor thinks cancer, but Matty becomes convinced it’s connected to the mysterious books his brother left strewn around the house.

Rob knows something other than just Arthur’s death is bothering Matty. He’s know him for years and been in love with him just as long. And when he finds something that looks like a gate, a glowing, terrifying doorway to the unknown, it all starts to fall in to place.

Matty’s looking sicker and sicker in the same way Arthur did. What is Rob prepared to sacrifice to save him?

The answer is in the esoteric books…and with the mysterious Lin of the Frem, who lives beyond the gate to nowhere. It’s taken Matty and Rob a decade and a war to admit they have feelings for each other and they are determined that neither social expectations or magical illness will part them now.

A stand-alone 35k novella introducing the Lost in Time Universe. 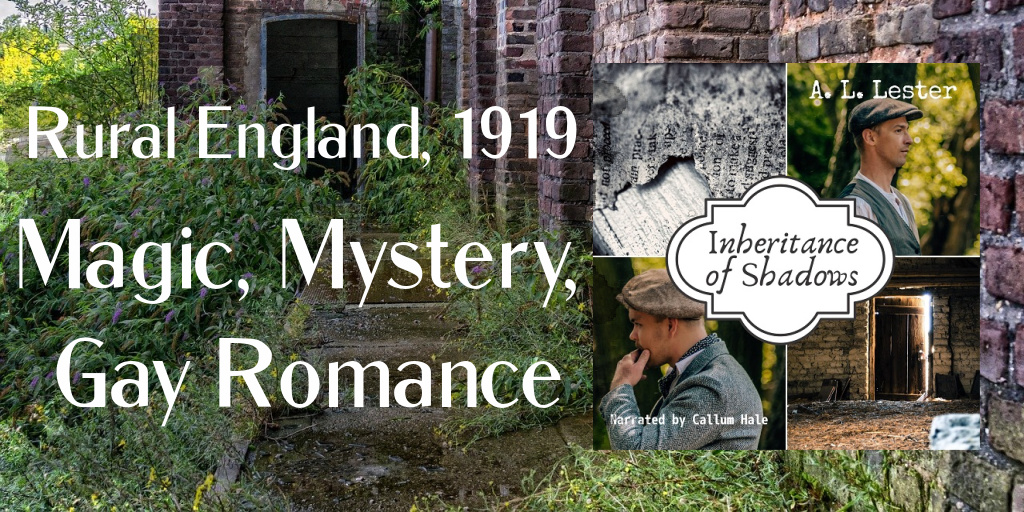 Writer of queer, paranormal, historical, romantic suspense. Lives in the South West of England with Mr AL, two children, a badly behaved dachshund, a terrifying cat and some hens. Likes gardening but doesn’t really have time or energy. Not musical. Doesn’t much like telly. Non-binary. Chronically disabled. Has tedious fits.

Anne Barwell lives in Wellington, New Zealand. She shares her home with a cat with “tortitude” who is convinced that the house is run to suit her; this is an ongoing “discussion,” and to date, it appears as though Kaylee may be winning. In 2008, Anne completed her conjoint BA in English Literature and Music/Bachelor of Teaching. She has worked as a music teacher, a primary school teacher, and now works in a library. She is a member of the Upper Hutt Science Fiction Club and plays violin for Hutt Valley Orchestra. She is an avid reader across a wide range of genres and a watcher of far too many TV series and movies, although it can be argued that there is no such thing as “too many.” These, of course, are best enjoyed with a decent cup of tea and further the continuing argument that the concept of “spare time” is really just a myth. She also hosts and reviews for other authors, and writes monthly blog posts for Love Bytes. She is the co-founder of the New Zealand Rainbow Romance writers, and a member of RWNZ. Anne’s books have received honorable mentions five times, reached the finals four times—one of which was for best gay book—and been a runner up in the Rainbow Awards. She has also been nominated twice in the Goodreads M/M Romance Reader’s Choice Awards—once for Best Fantasy and once for Best Historical. Anne can be found at https://annebarwell.wordpress.com
View all posts by Anne Barwell →
This entry was posted in audiobook, IndiGo Marketing, release blitz. Bookmark the permalink.