Release Blitz – Take Us There by Louisa Masters

A big welcome to Louisa Masters as part of her release blitz with Gay Romance Reviews Tours for Take Us There.

Take Us There by Louisa Masters

Dominic Hurst is a man who’s always up for a challenge. Step in as director of the world’s second-largest theme park complex? No problem. Clean up the mess the previous director left behind? Sure. Have his seventeen-year-old daughter move in with him in a last-minute custody change? Bring it on. Face off with a town full of matchmakers? Uh… what?

Oliver Jeffries is a man more than comfortable with his life. Teach teenagers to fall in love with literature? Absolutely. Tackle mindboggling tasks as head of the English department? Pass him the whip. Placate parents convinced their perfect children can do no wrong? Pfft. Child’s play. Agree to a friends-with-benefits arrangement with the most talked-about man in Joyville? Uhm… maybe in secret?

When Dom and Oliver meet, there’s no question that friendship won’t be enough. But the citizens of Joyville don’t know the meaning of “private,” and dating the director puts Oliver firmly in the spotlight. With the whole town watching and laying bets, is their fledgling relationship doomed to fail? 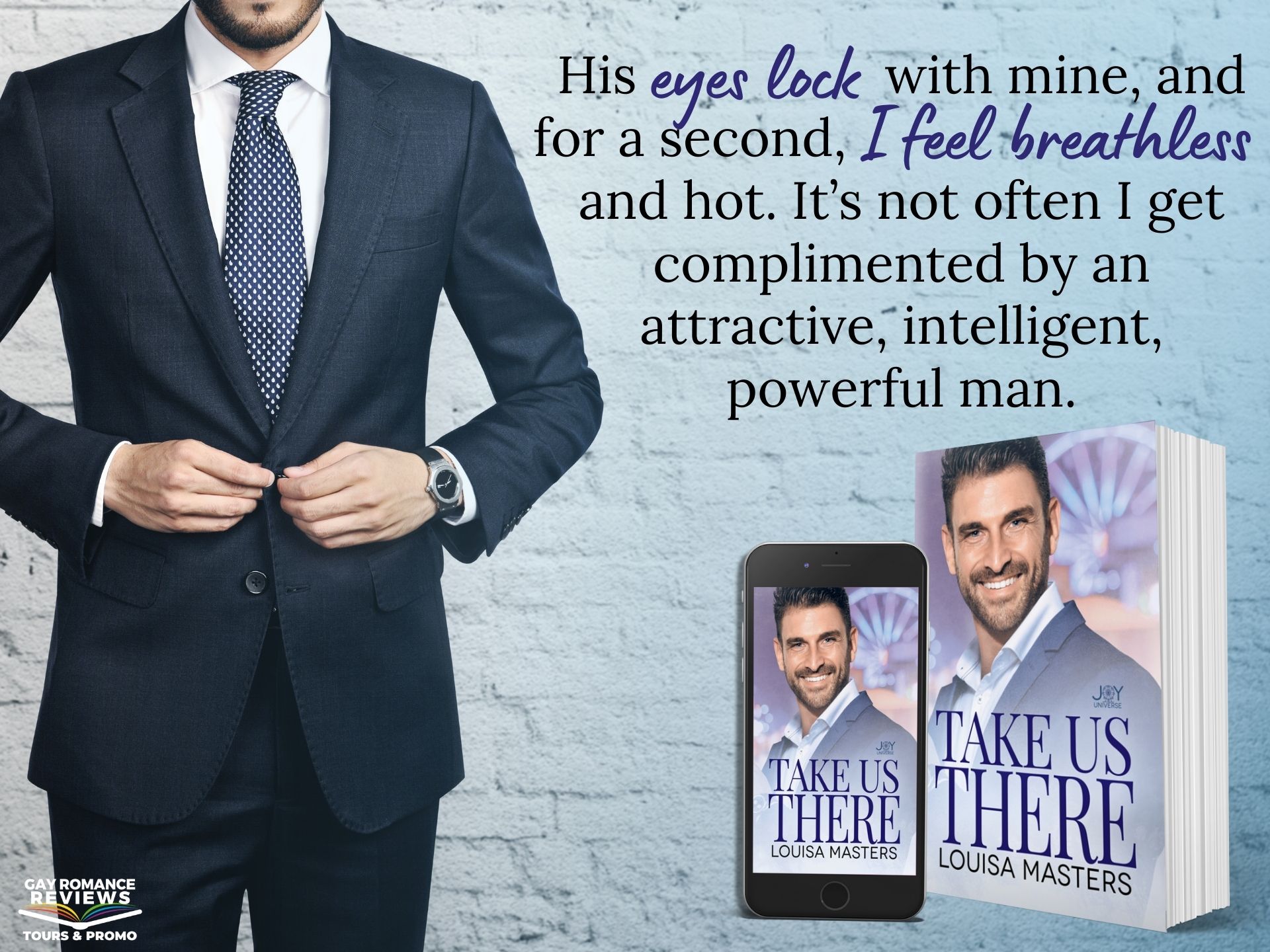 “What are you doing?” He sounds amused. “Trying to choose. Which do you prefer?” He makes a scoffing sound. “Choose? We don’t choose in this house. We take it all.” I’m still processing that when he sweeps both containers from my hands, opens them, and proceeds to scoop some of each into both bowls. “There. The perfect solution.” I stare at the bowls while he puts the ice cream away. “It does seem like it,” I agree. “Although I’ll admit that your house motto of ‘we take it all’ does concern me a little. What happens when you and Cara both want ice cream and there’s only a tiny bit left?” His grin lights his whole face as he turns back to me. “Pitched battles. She used to win because she’d play the little girl card and start to cry crocodile tears, but now that she’s older, that doesn’t work. Now it’s my turn to win, because I’m the parent and I have the power to ground her.” I can’t help the laugh that bubbles up. I grab my bowl and head back toward the living room, shaking my head. “That would definitely be interesting to watch. Ridiculous, but interesting.” He follows me, and as we settle back onto the couch, a little closer to each other this time, he says, “Taste the ice cream first, and then tell me it’s ridiculous for me to fight my daughter for it.” Rolling my eyes at the challenge in his stare, I scoop up a little bit of each flavor and put the spoon in my mouth. Sweet, creamy deliciousness explodes over my tongue, and I moan. Yes. I actually moan over ice cream. Dom smirks. “See?” He digs into his, and for a moment, there’s silence as we concentrate on scarfing down this incredible treat. I have to find out where he gets it from—the cartons didn’t look like mass-produced store stuff. “You’ve got a little…” I look up to see him gesture to my face. Oh, crap… am I wearing my food in my beard? How embarrassing. I wipe my chin, but he shakes his head and scoots closer. “Almost, but… let me.” His thumb swipes slowly at the corner of my mouth, and my breath hitches. He presses his thumb against my lips. “Fudge,” he whispers. “Don’t waste it.” I’m not thinking when my tongue strokes along his flesh, tasting the tiny hint of chocolate fudge and the warm, salty-sweet flavor of Dom’s skin. I swallow hard. His eyes are intent on my face. So I suck his thumb into my mouth. “Mmm.” A tiny smile quirks his lips. “Want something else to suck on?” I grin, releasing his thumb, and by unplanned mutual agreement, we lean in for a kiss. His mouth tastes even better than his thumb—probably because of the ice cream, but I like to think part of it is just him. 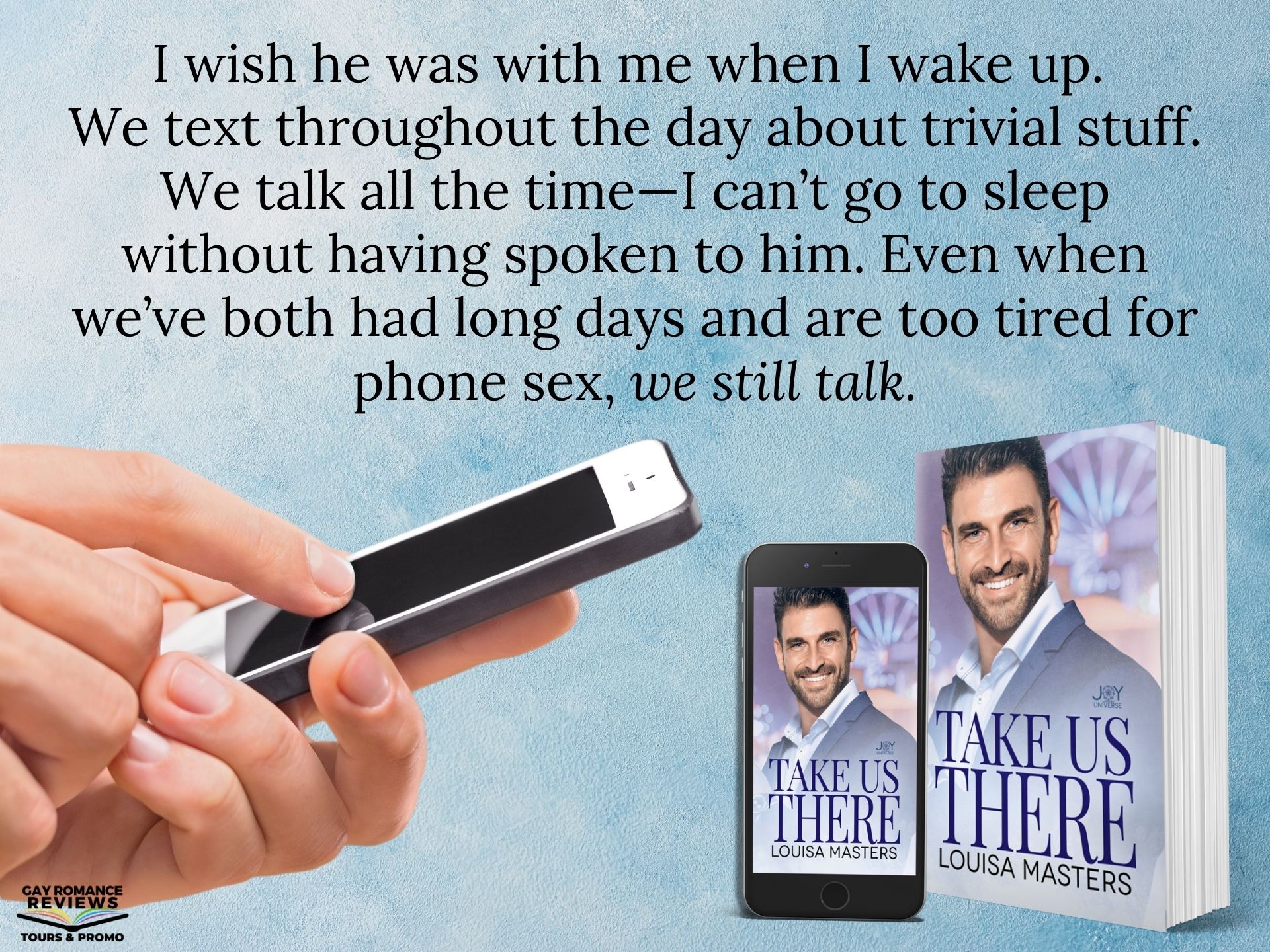 Louisa Masters started reading romance much earlier than her mother thought she should. While other teenagers were sneaking out of the house, Louisa was sneaking romance novels in and working out how to read them without being discovered. As an adult, she feeds her addiction in every spare second, only occasionally tearing herself away to do things like answer the phone and pay bills. She spent years trying to build a “sensible” career, working in bookstores, recruitment, resource management, administration, and as a travel agent, before finally conceding defeat and devoting herself to the world of romance novels.

Louisa has a long list of places first discovered in books that she wants to visit, and every so often she overcomes her loathing of jet lag and takes a trip that charges her imagination. She lives in Melbourne, Australia, where she whines about the weather for most of the year while secretly admitting she’ll probably never move.