Crackle and Fire by Russ Colchamiro

A big welcome to Russ Colchamiro as part of his tour with RABT Book Tours for Crackle and Fire. 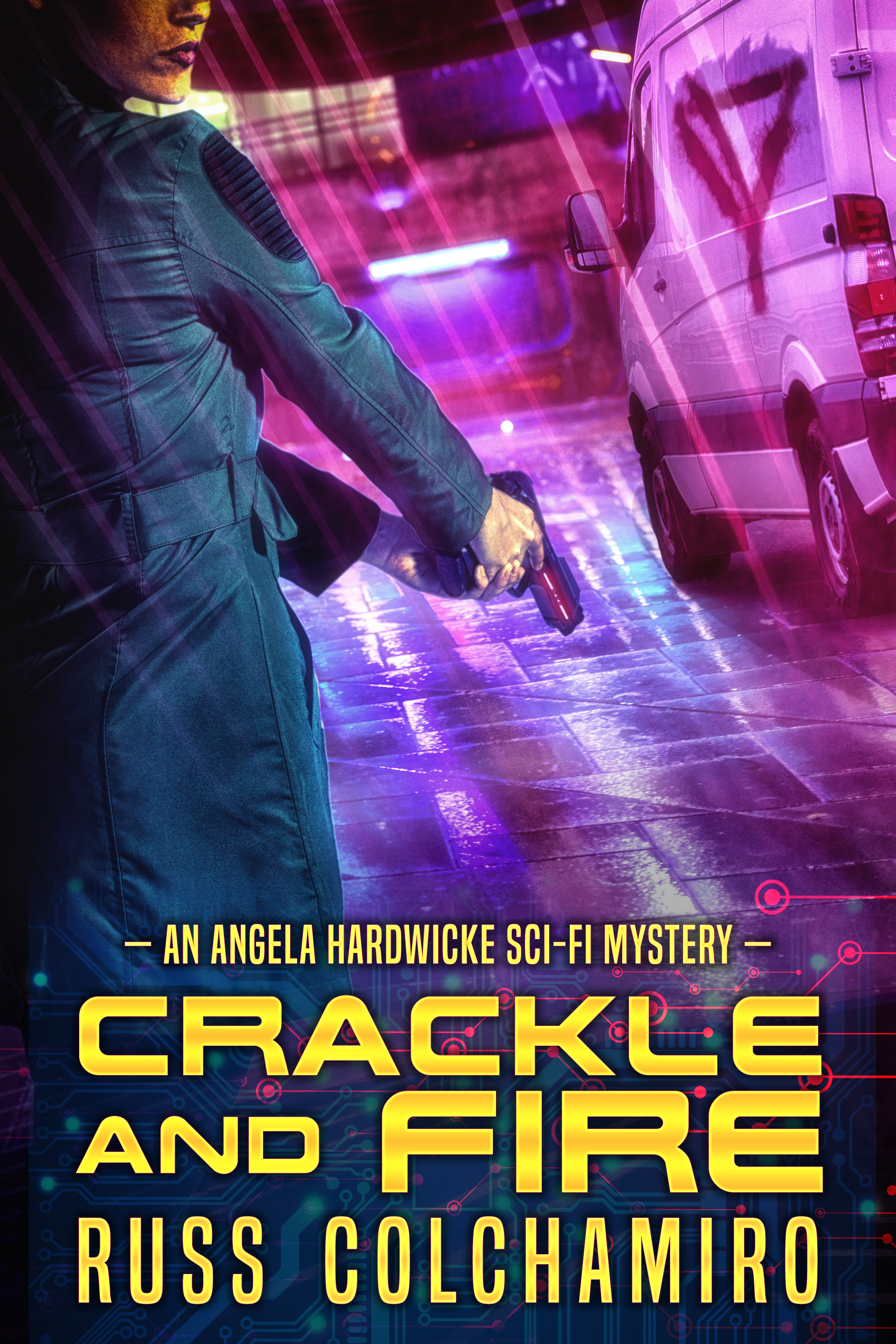 Angela Hardwicke isn’t just any private eye. She’s a PI from
Eternity, the cosmic realm responsible for the design, creation, and
maintenance of the Universe.

When accountant Gil Haberseau hires her to find an intern with stolen
corporate files, Hardwicke soon finds herself embroiled in a deadly case of
lies, intrigue, and murder, clashing with vengeful gangsters, MinderNot
rallies, and a madman who’s come a long way to get what he
wants.

In Russ Colchamiro’s thrilling Sci-Fi mystery Crackle and Fire,
Angela Hardwicke learns once and for all that when it comes to being an
intergalactic private eye, there’s no telling what threats she may
face on-realm and off… including the demons that lurk deep within her
soul. 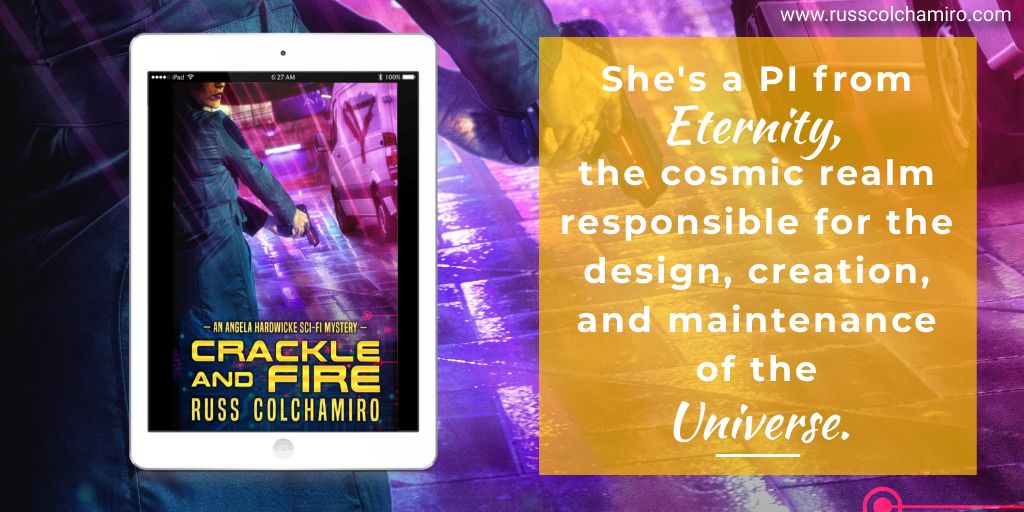 Russ is also the creator and host of Russ’s Rockin’
Rollercoaster podcast, where he has interviewed several NY Times and USA
Today best-selling sci-fi, fantasy, and mystery authors. Russ has also
contributed short stories to more than a dozen sci-fi and fantasy
anthologies.

He lives in New Jersey with his wife and two children.