A big welcome to Colette Davison as part of her release blitz with Gay Book Promotions for Run Free. 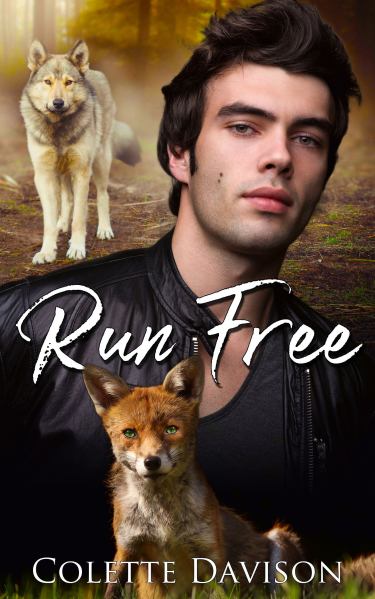 They believe they only need each other, until they collide with their soul mate.

Jax is an omega, Hugo is human, and their love is forbidden. They’ve spent the last seven years on the streets, relying on no one but each other.

When they collide with Dominic, they realise something has always been missing. Jax is keen to get to know the alpha, but Hugo resists the mate-call, worrying that, as a human, there will be no room for him.

The only way they can be free to love each other is to escape the UK, but will Dominic leave his life behind to find home with two younger men?

Run Free is an alternate universe MMM shifter novel, with fated mates, mpreg, an age-gap relationship, and a happy ending. 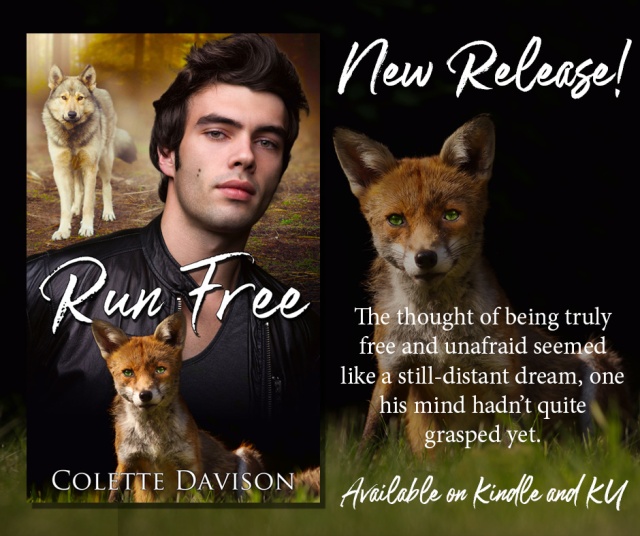 As they rounded a corner, Jax collided with a muscular guy in a smart suit. The hairs on the back of Hugo’s arms stood up as a pulse of electricity swept through him. He grabbed Jax’s arm, steadying him so he didn’t fall.

“We’ve got to go,” he hissed, tugging his lover’s arm.

Jax didn’t move. He was staring at the man in the suit, breathing harshly. The shopkeeper’s yells were getting closer, yet Hugo couldn’t resist glancing at the man they’d bumped into. He found himself noticing every tiny detail in a matter of seconds. The guy was gorgeous, with dark hair that had been cut into a short, neat style and grey eyes with a dark brown ring around the pupil. His cheekbones were sharp and pronounced, and he had a couple days’ worth of stubble. He smelt of rainy days and damp moss. Hugo’s stare tracked to the man’s neck, where he saw the rice grain-sized bump of a chip beneath his skin. He was a shifter. Judging by the man’s size and the way Jax was quivering, he had to be an alpha. Hugo felt like he was being pulled towards the man, which was a dangerous sensation, considering how close the shopkeeper’s shouts sounded.

“We’ve got to go,” Hugo insisted, tugging Jax harder. They couldn’t get caught.

His voice was deep and velvety, the kind of voice you could listen to all day and not get bored of. It was a voice Hugo could happily get wrapped up in. Damn, why was he thinking that way, and why was his skin tingling in the alpha’s presence?

“Run,” the man told them in a commanding growl, stepping aside so he was no longer blocking the path.

Jax pushed him forward, and suddenly, they were running again. Hugo felt a sickening wrench in his stomach, which made him falter, but he quickly found his feet again. Nothing mattered but getting as far away from the shopkeeper as possible.

Colette’s personal love story began at university, where she met her future husband. An evening of flirting, in the shadow of Lancaster castle, eventually led to a fairytale wedding. She’s enjoying her own ‘happy ever after’ in the north of England with her husband, two beautiful children and her writing. 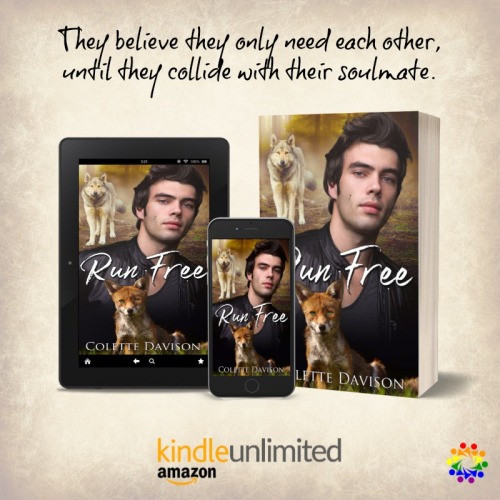