Spells For The Dead by Faith Hunter

A big welcome to Faith Hunter as part of her tour with Let’s Talk! Promotions
for Spells For The Dead.

About Spells for the Dead:
Nell Ingram faces a dark craft known as death magic in the newest pulse-pounding paranormal procedural in the New York Times bestselling Soulwood series.

Nell Ingram is a rookie PsyLed agent, using the powers she can channel from deep within the earth to solve paranormal crimes. Together with her team, she’s taken on the darkest magic and the direst foes. But she’ll need to tap into every ounce of power she has for her newest case.

Nell is called to the Tennessee mansion of a country music star and finds a disturbing scene—dead bodies rapidly decaying before everyone’s eyes. The witch on her team, T. Laine, knows this can only be one thing: death magic, a rare type of craft used to steal life forces. PsyLed needs to find this lethal killer fast. But when a paranormal-hating FBI agent tries to derail the investigation, they find themselves under attack from all sides.

Faith Hunter is the award-winning New York Times and USAToday bestselling author of the Jane Yellowrock, Soulwood, Rogue Mage, and Junkyard Cats series. In addition, she has edited several anthologies and co-authored the Rogue Mage RPG. She is the coauthor and author of 16 thrillers under pen names Gary Hunter and Gwen Hunter. Altogether she has 40+ books and dozens of short stories in print and is juggling multiple projects.

She sold her first book in 1989 and hasn’t stopped writing since.

Faith collects orchids and animal skulls, loves thunderstorms, and writes. She likes to cook soup, bake bread, garden, and kayak Class II & III whitewater rivers. She edits the occasional anthology and drinks a lot of tea. Some days she’s a lady. Some days she ain’t.

Tour-wide Giveaway!
Enter to win some fabulous prizes! Giveaway is open to US residents only.
● $25 Amazon or B&N e-giftcard
● 3” wide armband
● 1.5” narrow armband 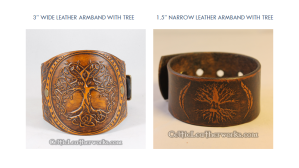 Check out all the tour stops at KTP

Anne Barwell lives in Wellington, New Zealand. She shares her home with a cat with “tortitude” who is convinced that the house is run to suit her; this is an ongoing “discussion,” and to date, it appears as though Kaylee may be winning. In 2008, Anne completed her conjoint BA in English Literature and Music/Bachelor of Teaching. She has worked as a music teacher, a primary school teacher, and now works in a library. She is a member of the Upper Hutt Science Fiction Club and plays violin for Hutt Valley Orchestra. She is an avid reader across a wide range of genres and a watcher of far too many TV series and movies, although it can be argued that there is no such thing as “too many.” These, of course, are best enjoyed with a decent cup of tea and further the continuing argument that the concept of “spare time” is really just a myth. She also hosts and reviews for other authors, and writes monthly blog posts for Love Bytes. She is the co-founder of the New Zealand Rainbow Romance writers, and a member of RWNZ. Anne’s books have received honorable mentions five times, reached the finals four times—one of which was for best gay book—and been a runner up in the Rainbow Awards. She has also been nominated twice in the Goodreads M/M Romance Reader’s Choice Awards—once for Best Fantasy and once for Best Historical. Anne can be found at https://annebarwell.wordpress.com
View all posts by Anne Barwell →
This entry was posted in blog tour, let's talk! promotions. Bookmark the permalink.

3 Responses to Spells For The Dead by Faith Hunter