A big welcome to Jocelyn Drake and Rinda Elliott as part of their release blitz with IndiGo Marketing and Design for Broken Warrior.

I loved this story as soon as I started reading. The opening drops Clay and the reader straight into the action, and keeps the tension going until after the final page with hints of what’s ahead. I’m already hanging out for the next book in the series.

The world building is fabulous, and the magic very cool. I loved the details of how it all works, and that there are consequences for the user, and that learning to use it isn’t easy, and needs a lot of practise. I liked how they don’t always win against the bad guys, as it sets them up as a very real threat. The action scenes are exciting and I thought very well written and inventive with how the guys use their magic against the pestilents.

Clay and Dane fit together perfectly and the twist in the story about their relationship was very nicely done. I loved both their sweet and sexy scenes together, and how their personalities offset each other’s. I really liked Dane’s part in the story, and the added twist because of it. I loved Clay’s power and the descriptions of how he uses it.

This is very much a story about family and I liked the ‘brothers’ different personalities, and how they play off each other, and their different kinds of magic. I’m intrigued by Grey and Baer and looking forward to reading their books.

The aunts rock, and add a bit of humour to the mix, although they’re also deadly serious when they need to be.

The world has become a strange place.

After a life on the run, Clay Green is rescued by a crazy old lady with a shotgun and an even crazier story about monsters, goddesses, and a secret brotherhood.

Gifted with the power of the earth, Clay must locate his missing “brothers” before invading monsters can destroy everything.

As if that’s not enough to contend with, Clay can’t keep his hands off the man trying to rebuild the plantation house he’s temporarily living in.

Something strange is going on…

Dane knew restoring the old plantation house wasn’t going to be an easy job, but at least none of the clients were going to be underfoot. Since losing his wife and child, the only way Dane can keep going is to focus on the work.

But that focus crumbles the second Clay appears covered in blood and barely hanging on to life.

Mystery and danger cling to Clay and the other men who suddenly show up. A smart man would walk away.

Dane chucks smart out the window in favor of hungry kisses and the silken slide of skin against skin. He doesn’t understand what’s happening, but there’s no question that Clay needs him.

He’s just not sure his heart can survive being broken again if something happens to Clay.

“And were you attacked on your walk? Some kind of flying suckerfish? Because that’s definitely not a hickey on your neck,” Baer continued.

Grey lifted his mug of coffee to his lips again, but he paused long enough to agree. “Definitely not a hickey.”

Without thinking, Clay slapped his hand to the spot Dane had sucked on during round one—or was it round three? Fuck, he’d come so many times last night, his balls should need a week to recover, but his dick was refusing to take orders from his brain or balls. The damn thing wanted to say “Fuck coffee” and crawl back into bed with Dane.

Laughter rang out in the kitchen, and Clay groaned. He’d never had a roommate, but he sort of imagined this was what it was like. Fuck, when all six of them were in the plantation house, it would be like a goddamn frat house.

Grabbing a mug out of the cabinet, Clay continued to ignore the duo at the table as he poured himself a cup of liquid sanity. He took his time, adding a little sugar, and then turned to the table. Before he took one step, he lifted a hand, and whatever Baer had been about to say stopped in his throat.

“I won’t discuss it. Not one word,” Clay said firmly.

Baer’s shoulder’s slumped, and his mouth snapped shut. He looked like a sad puppy for all of two seconds before he was up and happy again.

“I’m sure Grey is one of us,” Baer announced, moving on to an entirely new subject. At least this was one Clay was willing to tackle, even if he wasn’t sure he had the brainpower for it yet. If anything, it gave him something to think about besides Dane.

“Yeah, I kind of thought that last night too.”

Clay settled into a chair across from Baer and Grey. He could use a long, hot shower and a clean set of clothes, but one look at the eager expression on Baer’s face and he knew the man would follow him to the bathroom to discuss this. He could do without them sharing the bathroom with him.

“When I saw him running with you toward the Jeep last night, I swear I got the weirdest feeling of déjà vu. I know we’ve done this all before. Well, maybe not at that club, but the running together, the fighting together.” Baer rested his forearms on the table and leaned forward. “Even when we got back to the house, I felt like I knew him. Known him my whole life.”

“The same way you feel with me?”

Clay looked over at Grey, who had both hands wrapped around the dark-blue coffee mug resting on the table in front of him. A deep frown was pulling at the corners of his mouth and drawing lines between his thick eyebrows. Without the threat of death and destruction looming over their heads, Clay took a moment to actually look at the man. Gray hair highlighted his temples, and more of it flecked the closely trimmed beard lining his jaw and chin. He was paler than himself and Baer, as if he were more likely to spend long hours inside the house, but there was no missing the lean muscles that filled out his wrinkled button-down shirt. Maybe a swimmer. Or a runner.

“What do you think?” Clay prodded when Grey remained silent.

“That this is all stupid, ridiculous, and utterly impossible,” Grey grumbled. His hands tightened on his mug, but he didn’t lift it back to his mouth.

“I can’t deny I have the same feeling of déjà vu with both of you. Something-something inside of me keeps claiming that I know.”

Clay glanced over at Baer. “Did you tell him?”

“Oh, he fucking told me so much,” Grey answered for him with a rough bark of laughter. “Powers and goddesses and other dimensions with alien monsters trying to kill us so they can destroy the world. I heard plenty last night.”

Closing his eyes, Clay pinched the bridge of his nose and sighed heavily. Yeah, that was pretty much how it all sounded. Insane and impossible. That was his life now to a T. Opening his eyes again, he stared at Baer. “And you told him all this stone-cold sober?”

Baer’s chest puffed up and he grinned broadly at his friend. “No!”

“I found that cheap bottle of whiskey we lost. I think Jo hid it. But anyway, we killed that bottle, and I explained about the pestilents, Weavers, and the Circle.”

Clay looked over at Grey, waiting for his response on how the hell he took this information while loaded up on cheap whiskey.

“And then he turned into an ostrich,” Grey said in a deadpan voice.

“I was trying for a peacock. Something flashy,” Baer commented in a low voice.

“You were drunk!” Clay shouted.

“Birds are hard,” Baer muttered under his breath, his eyes locked on his coffee mug in front of him in a pout. 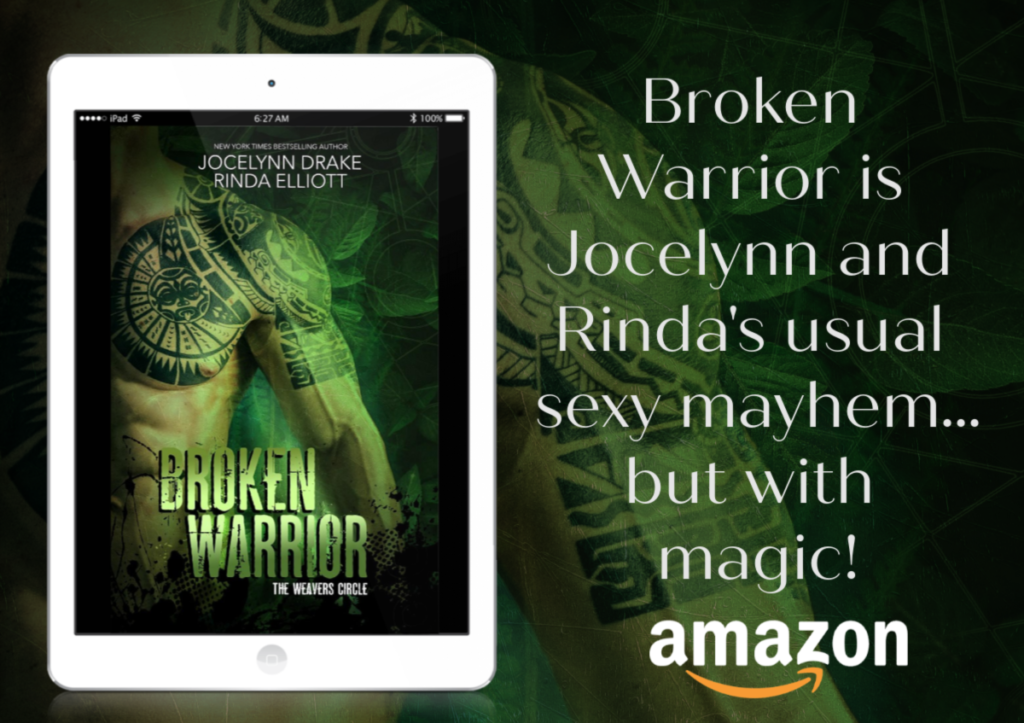