A big welcome to J. Ashburn as part of the series blog tour with Silver Dagger Book Tours for The Warring Hearts Trilogy. 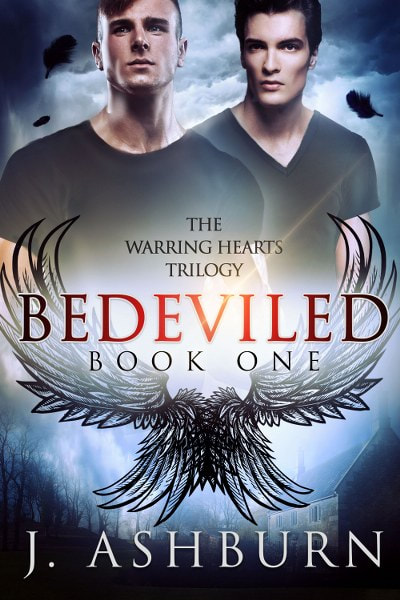 Their love may tear both Heaven and Hell asunder.
Can a fallen angel find true love? Caleb wants nothing more than to repent for all the horrible crimes against humanity he’s committed in purgatory. After many guilt-ridden centuries, he escapes the pit and joins the human race, to live among them, to right the wrongs and find forgiveness.
He never expected to find love among them. He never expected to meet a man like Micah—a man pure of heart, a servant of the people and the one person that can bring Caleb peace.
Not everyone is happy about Caleb’s journey to Earth or his newfound love. Danger is lurking, dark forces are gathering and there will be Hell to pay.
**Only 99 cents!!**
Add to Goodreads
Amazon * Apple * B&N * Kobo 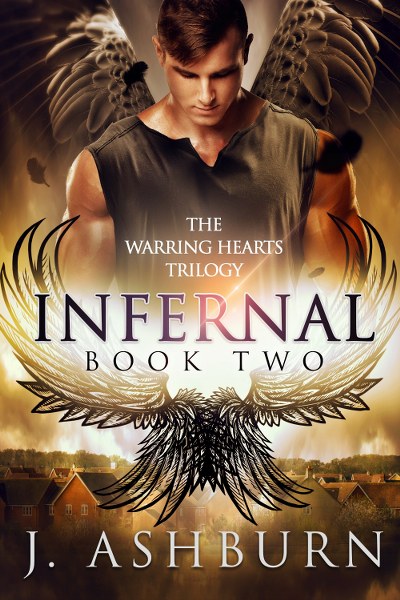 Book 2 of The Warring Hearts Trilogy!
Infernal picks up a few months after the events of Bedeviled. Micah and Caleb believe they have finally found the happiness each has been searching for. Caleb continues to help mankind and repent for the centuries he spent in Hell serving Lucifer. Little do they know that Heaven has sent its best angel warrior to Earth to destroy Caleb. He has been marked “Infernal,” something outside of both Heaven and Hell that can upset the balance between good and evil. Micah and Caleb will once again have to go on the run or face oblivion.
Meanwhile, Micah is totally unaware that Nicki, his best friend in the entire world, is in grave danger and only he and Caleb can save her and her immortal soul. Will they be able to stay alive long enough to do so?
Join the adventure, romance, magic and mystery of the second installment of J. Ashburn’s gay paranormal romance series–The Warring Hearts Trilogy.
Add to Goodreads
Amazon * Apple * B&N * Kobo 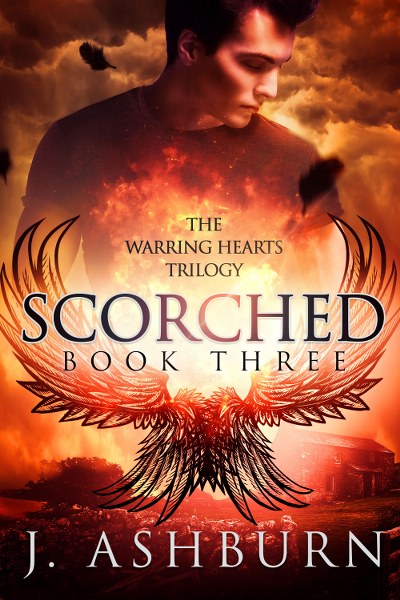 The final book of the Warring Hearts Trilogy!
The story of Caleb and Micah comes to an explosive conclusion in this gay-themed Urban Fantasy and Paranormal Romance.
A rift has opened between the worlds and the inhabitants of Hell are flooding onto the Earth. Led by Lilith, demon of the night, they plan to overrun the world and find a mate for their new leader so she may populate the world with her brood.
It’s a race against time for the fallen angel Caleb and his human lover Micah as they are joined by their friends and the heavenly angel Nehemiah to find a way to stop Lilith and close the rift before it destroys the universe.
Don’t miss the exciting finale of the Warring Hearts— filled with action and adventure, passionate love and blossoming romance, Scorched brings the entire series full circle.
Add to Goodreads
Amazon * Apple * B&N * Kobo 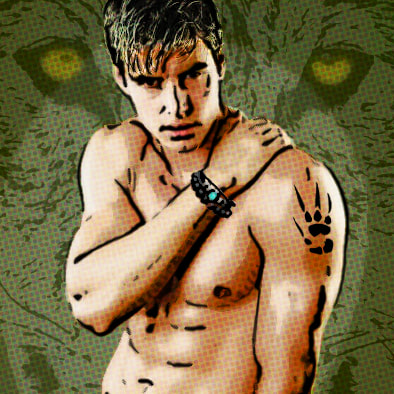 J. Ashburn is your source for exciting, sensual gay paranormal fiction featuring unique stories, magical characters and wild settings. Werewolves, witches, polymorphs, psychic warriors, phantoms, creatures of the night and more dominate the worlds of J. Ashburn. Follow the paths of romance and the supernatural entwined with hearts and minds of men who love men.
You won’t want to miss a single moment of the secret lives of handsome, smoldering characters and the writer who weaves their tales. Pull back the veil and gaze upon the men of J. Ashburn!
Website/Blog * Facebook * Instagram * Pinterest * Bookbub * Amazon * Goodreads

1 Response to The Warring Hearts Trilogy by J. Ashburn