Hunted by the Dragon by Addison Carmichael

A big welcome to Addison Carmichael as part of her blog tour with Silver Dagger Book Tours for Hunted by the Dragon. 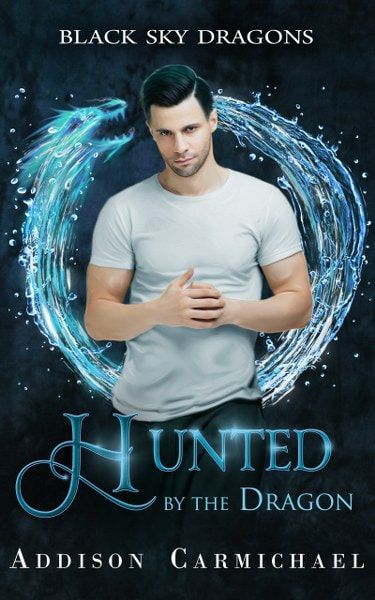 A real fire-breathing Dragon?
When the questionable cellphone photo of a flying black reptile is splashed over the internet, online news reporter Crystal Logan ventures to the small town of Winchester to find out just how real this alleged sighting is. If her suspicions prove accurate, this will be the discovery of a lifetime, and the answer to a heartbreaking nightmare that has plagued Cryss for over a decade.
* * *
In the Black Sky Mountains of Colorado, Sheriff Derek Reaves has worked hard to maintain his quiet rural life. Now thanks to a paranoid tourist who swears he spotted a fairytale monster, hundreds of crazy supernatural and alien seekers are flooding Winchester for their own encounter of the bizarrest kind.
Unfortunately one beautiful news lady is a lot savvier, nosier and tenacious than all the others. If he’s not careful, Cryss Logan may very well uncover the dangerous secret Derek has hidden all these years, threatening not only his safe, peaceful life, but his very existence.
Unless he can find a way to stop her first.
Goodreads * Amazon 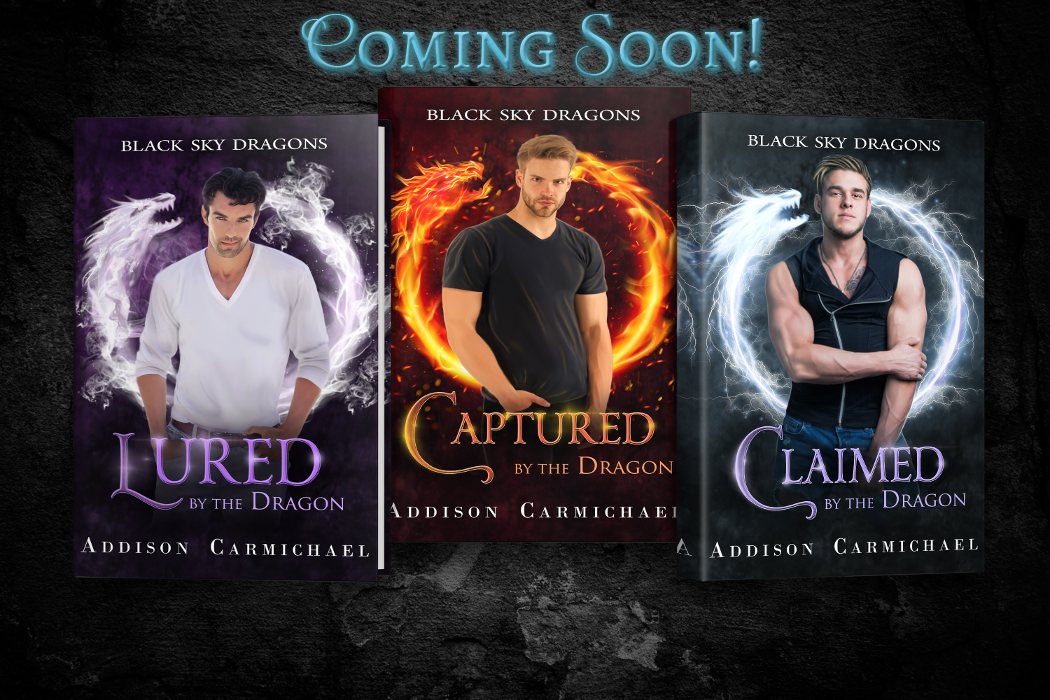 AMAZON Best Selling author ADDISON CARMICHAEL is a Paranormal Romance junkie. Love is a mystical, magical thing to her, and she loves
writing and living vicariously through her endless PNR stories.
Whether it be alpha male werewolves, fierce dragons, panthers and
other shifters, sizzling hot vampires, or illusive sorcerers who will
magically make your dreams come true, her imagination is bubbling up
several stories after another.
“I’m often asked why I write this genre,” Addison commented. “The truth is, I love creating unique and fantastical worlds where anything is possible. I’m in love with love and all its
possibilities for both adventure and total bliss. This is my avenue to live in these worlds and become the adventurous heroine who falls madly in love with her compliment super hot, supernatural hero. Worlds I love to visit again and again.”
As a literature major, Addison also enjoys weaving classic themes into her books, yet keeping the fun and folklore true to each story and character. While paying strict attention to the tropes of each myth,
she also finds unique ways to create new ones in order to make each story as fresh, realistic and plausible as possible.
Besides reading and writing (which are blissful addictions), Addison loves the mountains and ocean, and enjoys hiking, camping, horseback riding and star-gazing whenever she can manage it. But reading, writing and storytelling is and will always be the “true love” of her life.
Addison Carmichael was born and raised in Southern California and has lived and traveled all over the west coast (and the world). She married the man of her dreams and has two awesome sons, two
daughters-of-her-heart, and three grandchildren who are the jewels in her personal crown.
She now lives happily-ever-after with her family (which includes Mollie, her black lab-border collie) in Snohomish, Washington of the U.S. Pacific Northwest.
Website * Facebook * Twitter * Bookbub * Pinterest * Amazon * Goodreads