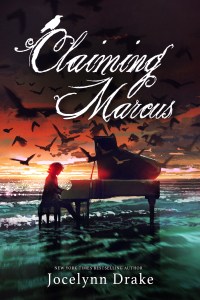 No one believed me until I met some new friends, who promised to help me get justice.

But nothing prepared me for Marcus Varik.

Oh God, I should have never agreed to betray him.

Hopefully, it’s not too late to fix my mistake before I lose more people I love.

Review:
I’m already hooked with book 1 of this new series. I loved the world building, the interesting set up for the story and series. I liked the different take on vampires, with their unique abilities, and the setup of vamperic society, and the different factions and politics that go with it. I also liked that becoming a vampire comes with a very real risk and no guarantee of surviving the change.

I also loved the Varik siblings. Their relationship and banter felt very much like siblings. Their relationship with their mother and attempts to protect her was very bittersweet. This story is very much about family, which I liked, and not about the one you’re born into but the one you make. I also loved that all the brothers are musicians, as I enjoy stories in which music plays a decent size part. I like Aiden and his part in their family. He’s had such a rough time all around. Ozzie deserves a mention too, and looking forward to seeing more of him in future stories.

I really felt for Ethan with his tragic loss at the beginning of the story. I thought the author did a great job in keeping me guessing as to was responsible for his family’s death. I enjoyed Ethan and Marcus’ growing attraction and relationship. Marcus’ ability is very cool. I loved how, despite Ethan having to take on a different role in one part of the story, Marcus makes it very clear to him that they are equals.

The action scenes are edge-of-seat reading, and kept me turning pages.

I’m looking forward to reading each brother’s story. I loved what I saw of them in this story, they’re very much individuals with their own quirks. I liked how Ethan held his own with them, and gives as good as he gets with the banter.