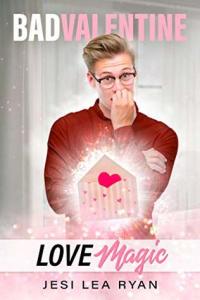 Blurb:
“The day I met Derrick while playing my violin in the park was magical. Unfortunately, magic and love together don’t always mix.”

Oliver met Derrick while busking in the park, and they hit it off from the start. At first, Derrick’s “mysterious magician” vibe was intriguing, but after two botched dates, Oliver was ready to call it quits.

Fearing he lost his chance with Oliver, Derrick makes a last-ditch effort to win Oliver’s heart with a romantic Valentine’s date. But when love and magic collide, things tend to go awry. Will these two guys make it through the date unscathed?

I love stories where one of the characters is a musician, and even more so when there is a touch of magic involved. As an aside, I loved the explanation for the magic in the story, and although it wasn’t quite what I was expecting, it didn’t disappoint. As an added bonus, the explanation was something I love in fiction, so it made me very happy, especially when Derrick shows Oliver his ‘magic’.

Telling the story from Oliver’s POV means that the readers are guessing as to what is going on with Derrick, and find out the same time as he does. I think telling it another way would have taken something away from that, as I was trying to figure out what was going on with Derrick the whole way through. He’s obviously a nice guy so why is he taking off during most if not all of their dates?

Both men are very likeable, I loved them together, and I became invested in wanting them to get their HEA very quickly.

Love Magic is a lovely light low angst read. I’d recommend it to readers who enjoy a short romantic story that pulls you in, and leaves you with a warm fuzzy feeling at the end. The ‘magic’ was a lovely added bonus for me. 5 out of 5 stars. 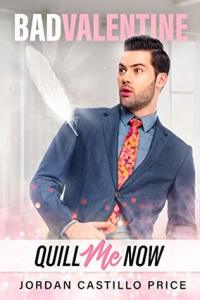 Blurb:
What if the words you wrote came true?

Spellcraft isn’t exactly a respectable business, but it does pay the bills. At least, it should. Unfortunately, Dixon Penn failed his Spellcraft initiation. Instead of working in his family’s shop, he’s stuck delivering takeout orders in his uncle’s beat-up Buick.

Winning a Valentine’s Day contest at the largest greeting card company in the tri-state area would be just the thing to get his life back on track—but something at Precious Greetings just doesn’t add up. And despite numerous warnings to quit pestering them about his contest entry, he just can’t stop himself from coming back again and again.
It doesn’t hurt that the head of security is such a hottie. If Dixon had any common sense, he’d be scared of the big, mysterious, tattooed Russian.

To be fair, no one ever accused him of being too smart….

Quill Me Now is part of the lighthearted Bad Valentine collection, along with Love Magic by Jesi Lea Ryan, Hidden Hearts by Clare London, and Temporary Dad by Dev Bentham.

I loved the world building in this story, with the Scriveners and Seers, and how important words are to the spells that they work. It’s a lovely, and very clever, look at writing as an art. Or in this case, a magical art. An added word, or a missing one, can make all the difference as to the power of a spell, and how it can ensare someone—or set them free. The

Dixon and Yuri are both interesting characters, from very different backgrounds. I enjoyed how Dixon’s family plays into the story, and Sabina in particular. The story had me guessing at first as to who the bad guy was, and I loved how the cockatoo ended playing an important part. I thought the fate of the bad guy was nicely done, and justice in a poetic sense of the word, which is apt considering the storyline. He really was a nasty, greedy piece of work.

I got invested in Dixon and Yuri, and their story, quickly, and read it in one sitting as I couldn’t put it down so I was very happy to discover that this is only the beginning of a series, and am hanging out for more.

I’d recommend Quill Me Now to readers who enjoy a light, low angst contemporary fantasy with interesting characters, and a plot that keeps you turning page. 5 out of 5 stars. 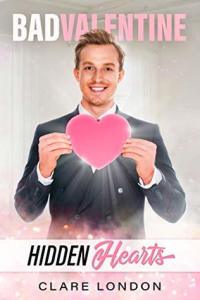 A catalogue of disasters dogs the footsteps of their blossoming romance, including a coffee date with food allergies as an added extra, an intimate dinner that strays too close for comfort to chopped chillies, and a sensual massage with hot wax candles that threatens to alert the local fire brigade.

But if they can hold tight to their sweet, surprising, yet single-minded attraction – they might just survive this Valentine’s Day with something very special to look forward to.

*******
This is a totally standalone romantic comedy of 17.5k words in the BAD VALENTINE series. These are lighthearted Valentine’s Day shorts by four different authors, each story written with the same opening line: “Nothing good ever came of a Valentine.” Check the series page for details of the other stories by Jordan Castillo Price, Dev Bentham and Jesi Lea Ryan.

This is a feel good sweet story about two opposites who are perfect for each other. The stories of poor Ethan and Kel’s dates made me smile, and were very amusing, although poor Ethan didn’t think so. He’s certainly very accident prone and that added to his appeal. Kel was perfect for him with his unflappable responses to all the chaos going on around them.

I also loved the supporting cast who round out the story. Pips deserves a mention of his own, and I was happy that he got his own HEA. Kel’s family are wonderfully supportive and came across as very real—I love stories with a family feeling as well as the romance.

I’d recommend Hidden Hearts to readers looking for a sweet, but not sappy, romantic read with likeable characters, a great supporting cast, and two guys who are perfectly matched if they can survive their first few dates. 5 out of 5 stars. 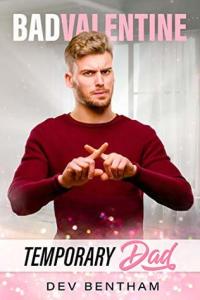 Blurb:
Nick Compton owns a small but mighty fashion magazine. He already has enough on his plate, between work and, well, work. There’s no room for a kid in his life but when his sister drops her seven-year-old daughter for an extended stay, he has to figure it out. Just before his niece arrives, Nick meets a blazing hot firefighter. They get on like a house a fire and the sex—scorching. Too bad the he disappeared in the morning. Like smoke. Now Nick’s stuck with a kid he doesn’t know how to manage and without the man he’d love to get his hands on again.

Dylan Gil wishes like hell he hadn’t taken his roommates advice and lied about who he was. He’s finally met someone he really likes and can’t stop thinking about. But now he’s too embarrassed to confess that he’s just a second-grade teacher, not a manly firefighter. Good thing that work gets distracting, particularly when one of his brightest students goes to stay with her uncle and all hell breaks loose. Some people shouldn’t be allowed to have kids.

If the term “dad pants” means anything it’s that taking care of children and fashion aren’t compatible. Does that mean these two doomed? Or is this the beginning of forever?

Temporary Dad is part of the Bad Valentine collection, along with Hidden Hearts by Clare London, Quill Me Now by Jordan Castillo Price and Love Magic by Jesi Lea Ryan

I loved this story about a clueless uncle in way over his head, and the teacher who helps him out. Both men were interesting characters, focused on their work, and starting a relationship with a lie is never the way to go. I loved their first meeting, and poor Dylan thinking no one would be interested in the real him, while it was obvious that was exactly what Nick was looking for, and needed. The chemistry between them was instant, and I knew that this wasn’t going to be a one night stand, despite them trying to fool themselves it was.

The two complement each other nicely, and I liked how Dylan stood his ground in regard to Ruby’s needs. It is obvious with the first glimpse of him in his classroom that he’s passionate about his work, and a good teacher who cares about his students.

Nick really is quite clueless about Ruby’s needs, and not just the ADHD. But then parenting takes time and experience, and he’s been thrown in the deep end with neither. I thought his sister should have left him with more information, but then with his memories of her fad diets while they were growing up, I wonder if he would have taken it all on board before seeing the effects of not doing it for himself.

I enjoyed watching them get to know each other as they bonded over Ruby, and had to put acting on their attraction on hold. I enjoyed Ruby’s part in their romance too, and thought she came across very realistically for her age. Vince and Jude rounded out the supporting cast nicely, both adding to the misconceptions Nick and Dylan had about each other at first.

I’d recommend Temporary Dad to readers who enjoy a sweet, light romance with interesting quirky characters, and a satisfying HEA. 5 out of 5 stars.