A big welcome to V.L. Locey as part of her review tour with Signal Boost Promotions for One-On-One.

I loved this story for so many reasons. Lancaster is such a sweet guy, and I liked reading about someone older finding his first real love. I also liked that although he and his wife have parted company they still love each other like good friends do, and their relationship isn’t brushed aside as though it never happened. Things in his day to day life still remind him of her, which is the way it should be. I loved the support and encouragement she, and their children, give him in regard to his relationship with Town. It felt very realistic. His ex mother in law, Marigold, is a total hoot! As with the other hockey romances I’ve read, there is a strong sense of the team also being family which is something that I enjoy about the genre.

The characters and descriptions are the other strengths of this story. I loved the visuals of Cayuga, and those and the characters that populate it pulled me into the story immediately. Although the story is low on angst, and a gentle read in a way, it didn’t stop me from turning pages as I got invested in Lancaster and Town very quickly. I could feel their attraction as I read. I liked the way they took their relationship slowly, and how Town was patient with Lancaster’s experience about being an out gay man still new to him. This is very much a story about connection, growth, friendship, and falling in love.

I’m not a hockey fan and don’t know much about the game, yet that didn’t stop me from enjoying the exciting description of the games either, or hoping some of the horrible bigots on the opposing team got thoroughly thrashed in the final match. I enjoyed meeting the other characters, although I’d ‘met’ some in a short Christmas story in the Hockey Holidays Anthology, which I’d also recommend. I particularly liked Mario who loves the game but ‘loves his woman more.’

I love stories that feature characters who are musicians, and Town is a great match for Lancaster. Both men have personality quirks, and realistic reactions to the situations they find themselves in. I enjoyed the descriptions of the music—it felt very real.

I’d recommend One-on-One to readers who enjoy a gentle romance with realistic characters, family, and a feel-good story that stays with you after you’ve smiled at the very satisfactory conclusion. 5 out of 5 stars. 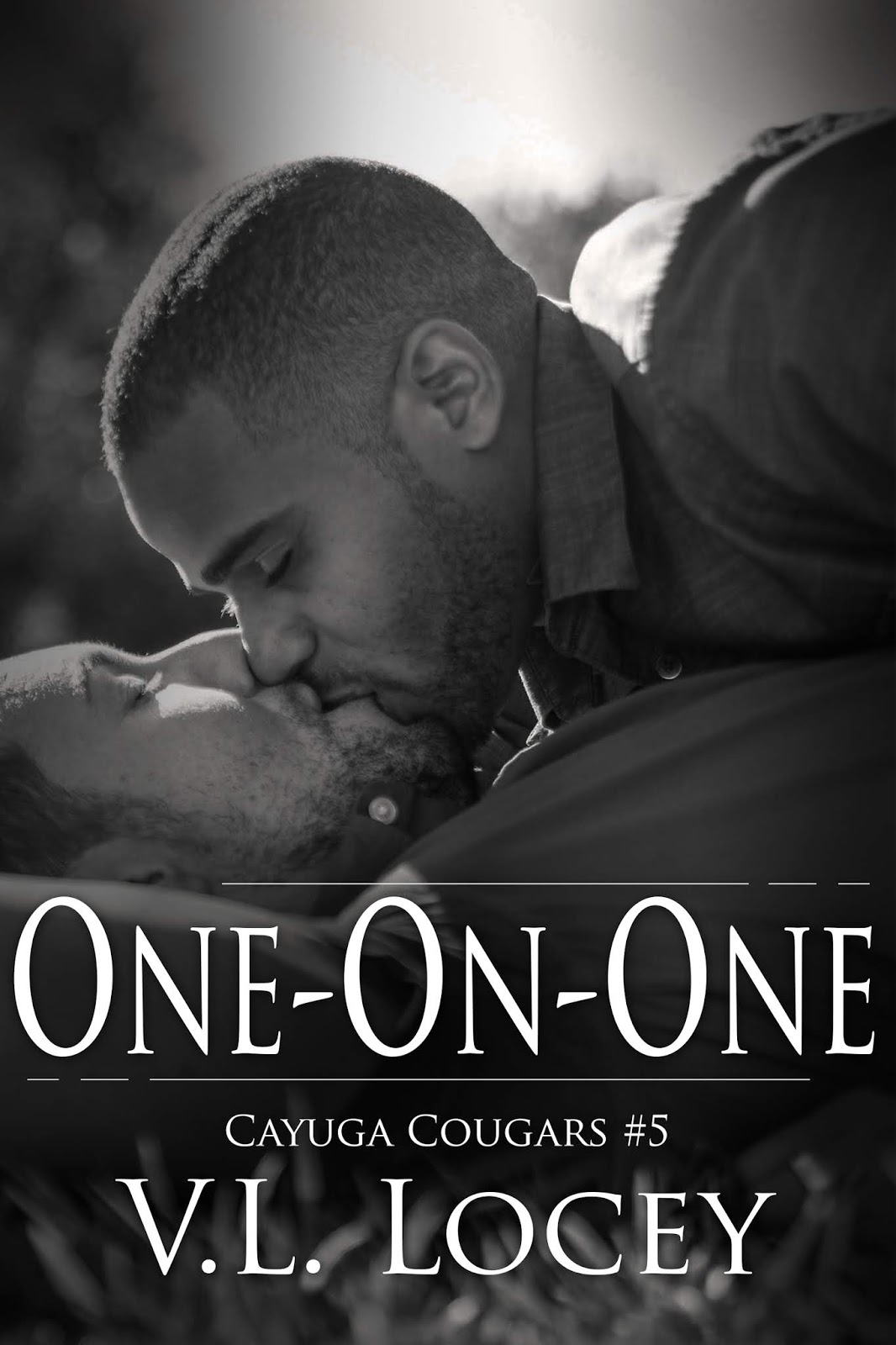 The past few years have been a bit chaotic for Cougars new associate coach, Lancaster Hart. After an amiable divorce he began living his life as the gay man he’d kept closeted for far too long. With the recent move to Cayuga, he’s away from his support system and properly made sweet tea. Despite a roster filled with new friends and associates, he’s spending his nights alone.

As his team gears up to make a run at the Calder Cup, Lancaster discovers that not everything in upstate New York is wine, woodlands, and chilly conservative ideals. At a summer music festival, he first lays eyes on Townsend Harris, folksy/blues singer by night and mayoral office assistant by day. Lancaster is enraptured with the man’s powerful sultry voice. Also, Town just might be the most beautiful man he has seen in all his forty-one years.

The two hit it off at an informal meet and greet after the show, where they spend the night talking and sipping wine. One evening of conversation and an incendiary goodbye kiss leads them into a scorching love affair that might be exactly what Lancaster has been searching for his whole life. Can his team pull off professionally what he’s hoping to do privately as well? Or will capturing their dream evade both the Cougars and Lancaster?

When not writing lusty tales, she can be found enjoying her day with her menagerie in the rolling hills of Pennsylvania with a cup of fresh java in hand.

Anne Barwell lives in Wellington, New Zealand. She shares her home with a cat with “tortitude” who is convinced that the house is run to suit her; this is an ongoing “discussion,” and to date, it appears as though Kaylee may be winning. In 2008, Anne completed her conjoint BA in English Literature and Music/Bachelor of Teaching. She has worked as a music teacher, a primary school teacher, and now works in a library. She is a member of the Upper Hutt Science Fiction Club and plays violin for Hutt Valley Orchestra. She is an avid reader across a wide range of genres and a watcher of far too many TV series and movies, although it can be argued that there is no such thing as “too many.” These, of course, are best enjoyed with a decent cup of tea and further the continuing argument that the concept of “spare time” is really just a myth. She also hosts and reviews for other authors, and writes monthly blog posts for Love Bytes. She is the co-founder of the New Zealand Rainbow Romance writers, and a member of RWNZ. Anne’s books have received honorable mentions five times, reached the finals four times—one of which was for best gay book—and been a runner up in the Rainbow Awards. She has also been nominated twice in the Goodreads M/M Romance Reader’s Choice Awards—once for Best Fantasy and once for Best Historical. Anne can be found at https://annebarwell.wordpress.com
View all posts by Anne Barwell →
This entry was posted in blog tour, book review, signal boost promotions. Bookmark the permalink.