A big welcome to M. Black as part of her blog tour with RABT Book Tours for Electric Gardens. 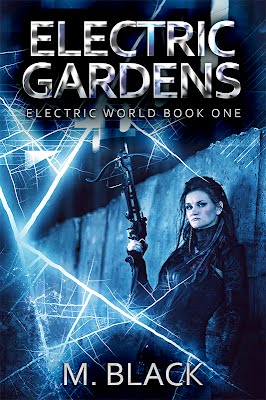 In our future, robots known as Tins keep us protected from the floods, fires and diseases of the outside in what are called Compounds. But when the Tins become more our masters than protectors, humans rebel. Lexi019 is turning eighteen, and will then be sent into what Tins call the Electric Gardens. Since no one ever returns from the Electric Gardens, Lexi019 is desperate to escape. With her best friend Kyle53 and his sister, the three of them find an unlikely friendship that helps them escape. But not everything is what it seems in this Robotic Dystopia, and soon Lexi019 will be faced with hard decisions she never anticipated. Join Lexi019 and Klye53 in this four part Robotic Dystopia set in a future that could one day be our own.
About the Author 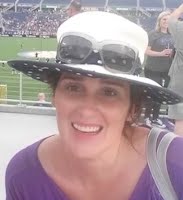 M.Black graduated from UCF and packed her bags for Asia. After living in Thailand for close to seven years and visiting near by countries, her travels have influenced her point of view. Passionate about the Earth, nature, wildlife, robots and future technology, M.Black brings you a new line of books called ENTER TOMORROW!