A big welcome today to Elle Keaton as part of her review tour with Signal Boost Promotions for River Home from Dirty Dog Press.

I haven’t read anything by Elle Keaton before, and although River Home is book 5 in the series, reading it first didn’t detract from my enjoyment of the story. Although, in saying that, there are references to other books and appearances by other characters so I need to go play catch up as this story has left me wanting to read more of the series.

What sucked me into this story were the characters. Nate and Miguel are opposites, and complement each other nicely. They’re very different yet both very likeable guys working through their own demons. I love the way Nate thinks of Miguel as a river—deep and strong, and easily deceived into thinking he’s shallow when he’s not. Miguel’s ex is a nasty piece of work and I really felt for Miguel. I thought the author did a great job in portraying Miguel as someone who had been in an abusive relationship, especially in his reactions, and his disbelief that being with Nate would work out. Although I guessed what might happen at one point in the story, it didn’t take away from my enjoyment or stop me being on the edge of my seat as I was well and truly attached to the characters. I loved Miguel’s reaction to a question by Nate later in the story too. Perfect! As is the way the author describes their relationship: Nate is the anchor, and Miguel will fly.

I loved Miguel’s friends, and Nate’s workmates—and his partner—and I’m looking forward to reading their stories. I liked that although they were not the MCs in this one, they still came across as very real.

As well as Nate and Miguel’s growing relationship there is also plenty of mystery and action to keep the reader engrossed in the story, and turning pages to find out what happens next. I sat up far too late to finish the last few chapters as I couldn’t put it down.

I’d recommend River Home to readers who enjoy a contemporary romance with likeable characters who are opposites with their own problems to overcome, an interesting supporting cast, and a good dollop of action and mystery. 5 out of 5 stars. 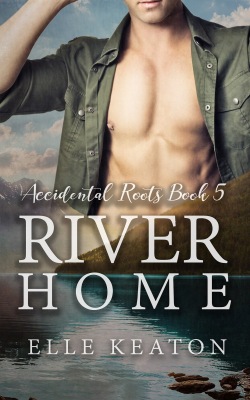 If you don’t know what you want, would you recognize it if you found it?

Miguel Ramirez is the definition of pochos; a half-breed-white-washed Mexican–American who doesn’t speak Spanish (also unapologetically bisexual). Three years ago he arrived in Skagit a broken man having barely managed to escape an abusive relationship. Slowly, he’s rebuilt his life. He’s tried hard to discard his deepest desires and be happy with what life has doled out. Family feels out of his grasp, no one really wants to keep a stray after all. Except, maybe, a red-haired stranger with a galaxy of freckles covering his face who seems to encompass everything Miguel’s learned to avoid.


Nate Richardson; focused, solid, reliable, career-minded, Federal Agent. No time for relationships outside of work. Then he runs into Miguel with his crazy green eyes, rakish smile and outrageous sense of humor. Nate starts thinking about Miguel as more than just another guy. Nate was sure he didn’t care about sex and didn’t believe in love…he’d never met Miguel Ramirez before.


Things quickly heat up between Nate and Miguel. Crime is heating up in Skagit as well. Nate is sidelined when the case he is working on reaches a frustrating standstill. In the meantime, unnerving incidents transpire, some literally on Nate’s doorstep. Will outside forces—or their own baggage—keep Miguel and Nate apart? What exactly is family, and can Miguel and Nate make one of their own? 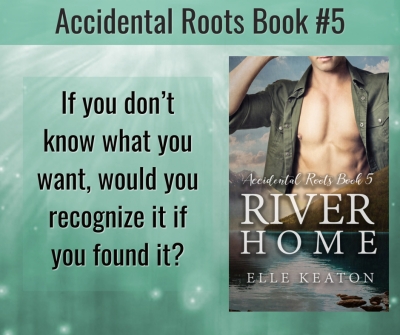 Author, photographer, rare Pacific Northwest Native, Elle grew up in Seattle, WA., with the Cascade Mountain range to the east and Olympics to the west. Less than two hours northwest lie the majestic San Juan Islands. To the northeast is the Methow Valley and the scrub deserts of Eastern Washington. Geography ripe with material.


A graduate of Western Washington University, Elle has a BS in biology which taught her to be tenacious. The closest she has come to biology since then is having two kids. Like an experiment or something. She’s lived in four states (none of which were gaseous), London England, and Hong Kong; always knows what time it is, and has no problem finding parking even in the most difficult places. Cannot balance a checking account.


Elle’s series Accidental Roots, mostly set in the Skagit Valley of Western Washington, will make its debut spring of 2017. Storm Season is tender, sometimes irreverent, full of nosy neighbors and help when the hero didn’t think he needed it. Writing has always been a passion but not something she was able to take seriously until recently. Now her head is full of ideas and not enough time in each day.

Anne Barwell lives in Wellington, New Zealand. She shares her home with a cat with “tortitude” who is convinced that the house is run to suit her; this is an ongoing “discussion,” and to date, it appears as though Kaylee may be winning. In 2008, Anne completed her conjoint BA in English Literature and Music/Bachelor of Teaching. She has worked as a music teacher, a primary school teacher, and now works in a library. She is a member of the Upper Hutt Science Fiction Club and plays violin for Hutt Valley Orchestra. She is an avid reader across a wide range of genres and a watcher of far too many TV series and movies, although it can be argued that there is no such thing as “too many.” These, of course, are best enjoyed with a decent cup of tea and further the continuing argument that the concept of “spare time” is really just a myth. She also hosts and reviews for other authors, and writes monthly blog posts for Love Bytes. She is the co-founder of the New Zealand Rainbow Romance writers, and a member of RWNZ. Anne’s books have received honorable mentions five times, reached the finals four times—one of which was for best gay book—and been a runner up in the Rainbow Awards. She has also been nominated twice in the Goodreads M/M Romance Reader’s Choice Awards—once for Best Fantasy and once for Best Historical. Anne can be found at https://annebarwell.wordpress.com
View all posts by Anne Barwell →
This entry was posted in blog tour, book review, dirty dog press, signal boost promotions. Bookmark the permalink.