Waking the Behr by Pat Henshaw

A big welcome today to Pat Henshaw as part of her blog tour with Gay Book Promotion for Waking the Behr from Dreamspinner Press.

Can you tell us a bit about yourself and your writing?
I grew up in Nebraska, and I think Midwestern reliability and tenacity have been keys to my character ever since. I’ve been married to my husband longer than I thought I’d be alive, and we have two wonderful daughters and boy/girl grand-twins. My husband and I have lived on all three coasts in the United States and have settled in retirement in sunny California.

As far as writing is concerned, I was born into a family of readers. Some of my earliest memories are of going to the library with my father. So it’s not much of a stretch to see why I gravitated to writing. My first jobs out of college were at newspapers, first as a librarian, but shortly afterward as a writer. I always wanted to be a published author, but since I was a working mother then, I never really had time to devote to it. Retirement (and our children moving away from home) provided the time to fulfill my dream.

Can you tell us about your new release? What inspired you to write it?
Waking the Behr is a Country Mouse/City Mouse story in which two men who’ve grown up in dissimilar environments come to realize that things like background have less to do with love than mutual attraction and finding a kindred spirit. I’d already written about Ben Behr’s oldest brother, Abe, in Behr Facts. In that book, Ben comes off as mildly dissatisfied with life as if he’s searching for who he is. Since I really like the Behr brothers, I thought it about time to give Ben his HEA, so here it is!

What was the hardest part of writing your book?
I love the city of San Francisco, both the myth of it and the reality. When I knew that Mitch O’Shea, Ben Behr’s love interest, was an entrepreneur in SF, I had to decide what he’d be doing in a small town like Stone Acres, California, where the Foothills Pride series is set. To counterbalance Ben’s no-nonsense demeanour, I wanted someone who’s a dreamer and who dreams big. So coming up with Mitch’s passion and the reason he’s in Stone Acres was a challenge for me.

What book are you reading at the moment? What other writers do you follow? What book do you wish that you had written?
I just finished K. C. Wells’ Out of the Shadows (an M/M romance) and am nearly finished with Maureen McKade’s Outlaw Bride (a het historical Western). Some of the writers I follow (and definitely not a complete list) are Rick R. Reed, Parker Williams, Renae Kaye, Amy Lane, F. E. Feeley, Jr., Heidi Cullinan, Mary Balogh, Josephine Myles, Alice Archer, Cardeno C., C. J. Etta, Robert Winter, and SJD Peterson. I wish I’d written Runner by Parker Williams, for one. There are many more such as Balogh’s Slightly Dangerous.

Are there any characters that you write, that are based on you, or people you know?
Oh, yes! Anytime you find an overweight, older woman in one of my books—like grandma in Blame It on the Fruitcake—you’ll know I did an Alfred Hitchcock. Also, Abe Behr of Behr Facts is very loosely based on my father.

Are there people in your life that annoy you, and you write into your books?
Absolutely. I’m particularly annoyed with older people who bully and browbeat their younger relatives and followers into committing crimes the older person wouldn’t dream of committing. What am I talking about? Parents, priests, and preachers who rally their younger followers into harming people who the oldsters don’t understand because they are too different from what the oldsters believe is the right way to be. I’m also annoyed with anyone who proselytizes for any reason, be it religion or otherwise. Do I write about this in my books? Yes. Redesigning Max started the trend in my books when an old friend of Max’s parents led his son and his friends down the wrong path.

What are your writing and personal goals for 2017 and beyond?
My writing goals are to finish the projects I’ve already started and decide where I’m going to go from here. I talk about two of the current projects below. Personally, I’m finishing up travel for 2017 by visiting Albuquerque and Taos in September, during the time when Waking the Behr releases. I’ve never been to either city or the area and am really looking forward to the trip. In 2018, our family is planning another family trip, this time to Monterey where the grand-twins are looking forward to visiting the aquarium and being at the beach. Other than that, all writing and personal plans are up in the air at this time.

When is your next book coming out, and what’s it about?
My next book, Short Order, will be number eight and the last book in the Foothills Pride series. It comes out in December and features the story of Fen, a recent University of California at Davis horticulture graduate, and John, sous chef for Adam from When Adam Fell. Both are shorter than average men and one of them carries the scars of having been demeaned because of it.

What are you working on at present? Would you like to share a snippet?
I have a number of writing projects I’m currently working on. In My Own Michael, a once homeless man is given another chance at fulfilling his dreams by a widow who gives him a low-rent place to stay in exchange for his help in her busy schedule. And in Buckaroo’s Heart, an illiterate cowboy struggles to get another job when the ranch where he works is bought out and he’s sacked. I hope to finish and submit both books before 2017 ends.

Here’s a beginning scene from Buckaroo’s Heart:
The little boy perched on the mechanical horse outside the supermarket looked one second away from breaking down and sobbing.

Jake Vons stopped, dug in his pocket, and fished out three quarters. They popped into the slot with tiny pings as the kid stared at him. Jake tried to give the little buckaroo a reassuring smile, but he knew with a couple of days worth of scruff and no bath, he probably only scared the little guy.

“Are you a cowboy?” the boy asked.

“Can you make my horse go?”

The boy wore jeans and chaps, and the smallest cowboy boots Jake had ever seen in his life. The little Western-cut shirt was covered with some brown muck that Jake hoped was chocolate and not something worse. The kid’s face and hands were smudged with whatever it was too. As tiny cowboys went, this one looked like he was fresh off the candy range.

Jake started to laugh as the horse began to rock back and forth. The kid jerked, making Jake step a little closer in case the little fellow slid off. But the tot righted himself and held onto the pommel, riding the bucking bronc like a pro.

“You’re a real cowboy!” the kid yelled as he bounced up and down.

The laughter died in Jake’s breast as he realized that even though playing cowboy was still a child’s love, actually being one was slowly fading away in the sun, rain, and dust of the past. Modern day cowboys didn’t sit tall in the saddle anymore, but in UTVs and wielded walkie-talkies or Sat phones. Horse-bound cowboys had become relics stuck in museums and history books.

At thirty-five, Jake was a member of a dying breed. Soon to be unemployed and unemployable. Out to pasture like the oldest bull. His future was as shaky as the ride the mechanical toy horse was giving the kid.

Are you a cat person or a dog person? Can you tell us about your pets?
I’m a cat person, even though both my daughters have owned and loved dogs. I once had a calico named Delilah whom I had to give up when I divorced my first husband. Since then I haven’t owned any pets, but I do yell out “Kittens!” whenever we pass the kitten adoption sign on our way to lunch. Considering that we’re travelling now that we’re retired and that I’m busy writing, owning a pet doesn’t probably make much sense for us. Maybe when I grow old, I’ll become the quintessential cat lady. We’ll see. 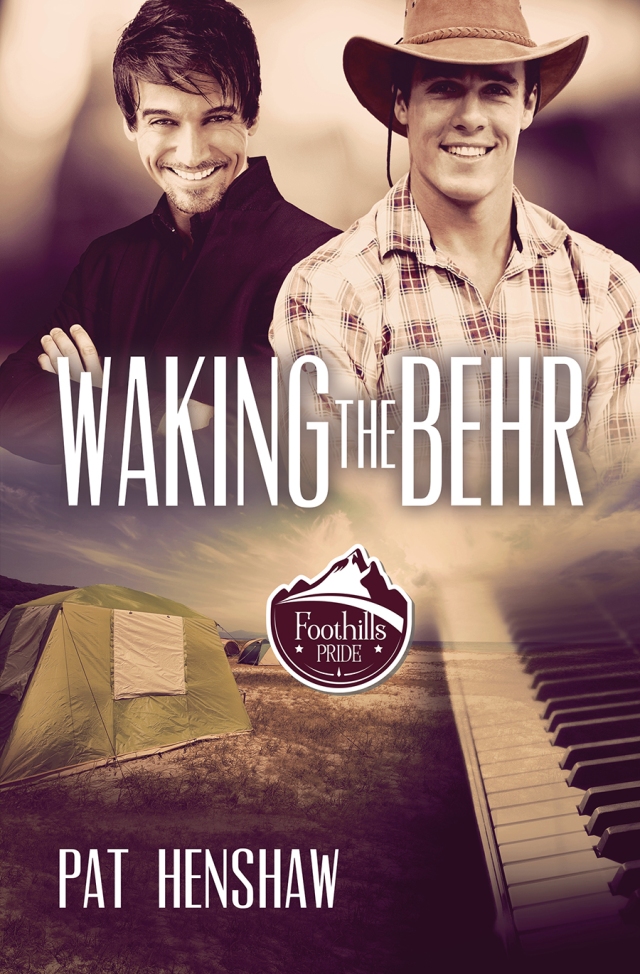 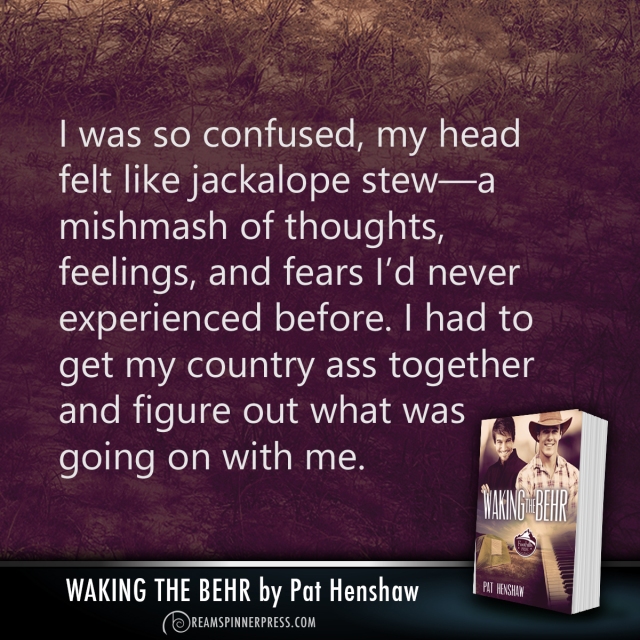 Both Ben and Mitch think they know exactly what they want. Turns out, they don’t even know their own hearts.

Good old boy Ben has dated women his entire life, while gay nightclub owner Mitch has never considered unsophisticated country boys his type. But after they start hanging out, the small-town contractor and the urban entrepreneur are both stunned by the electricity sparking between them.

As they step outside their comfort zones to spend time together, Mitch finds he enjoys rural car rallies, and Ben is intrigued by the upscale bars Mitch owns in San Francisco. When they share their lives and grow closer, they start to question the way they’ve always defined themselves. Then they kiss and fling open the door to love. Now they must step up and travel the road that may lead to happily ever after—even if that path isn’t one they ever expected to walk. 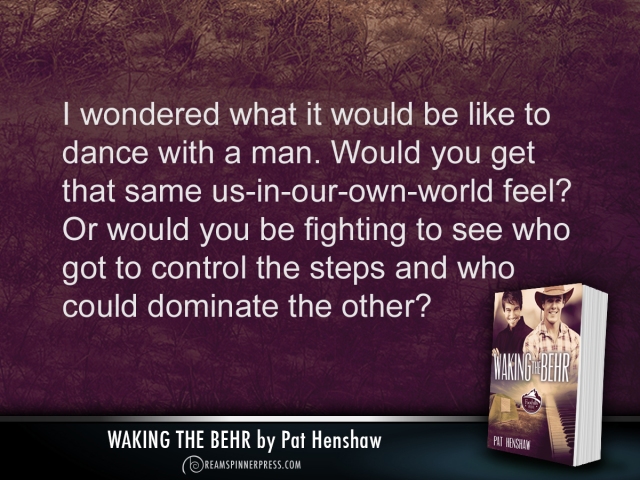 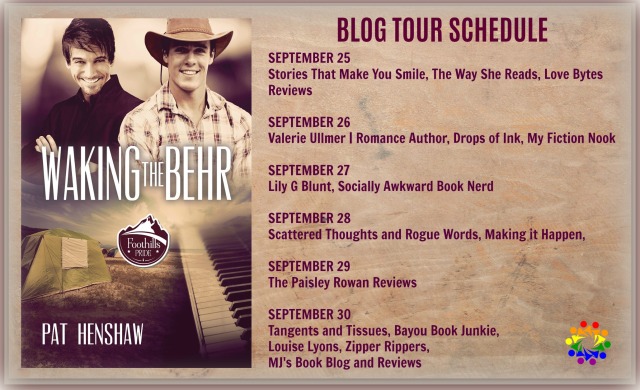 Stories That Make You Smile

The Way She Reads 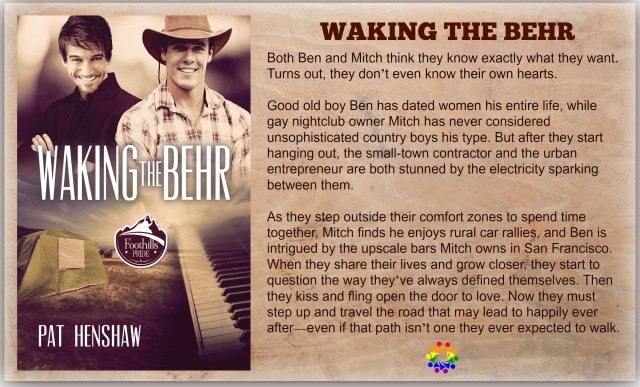 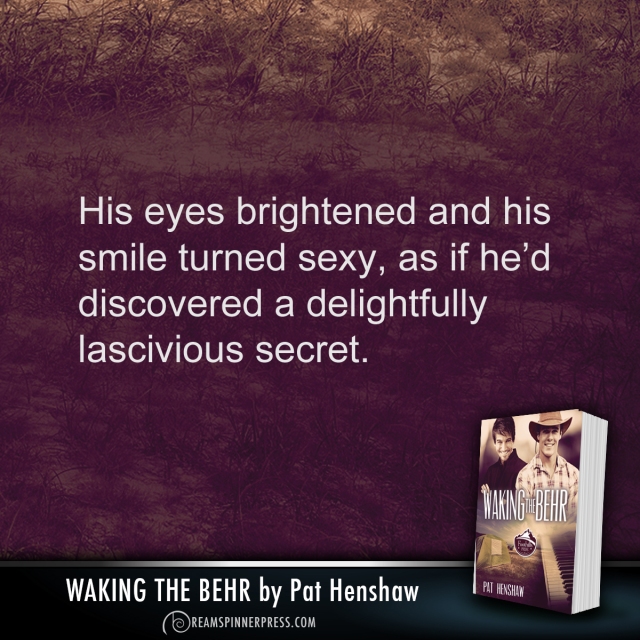 Pat was born and raised in Nebraska where she promptly left the cold and snow after college, living at various times in Texas, Colorado, Northern Virginia, and Northern California. Pat enjoys travel, having visited Mexico, Canada, Europe, Nicaragua, Thailand, and Egypt, and Europe, including a cruise down the Danube.

Her triumphs are raising two incredible daughters who daily amaze her with their power and compassion. Fortunately, her incredibly supportive husband keeps her grounded in reality when she threatens to drift away while writing fiction. 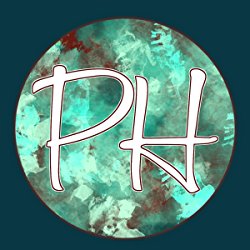 Anne Barwell lives in Wellington, New Zealand. She shares her home with a cat with “tortitude” who is convinced that the house is run to suit her; this is an ongoing “discussion,” and to date, it appears as though Kaylee may be winning. In 2008, Anne completed her conjoint BA in English Literature and Music/Bachelor of Teaching. She has worked as a music teacher, a primary school teacher, and now works in a library. She is a member of the Upper Hutt Science Fiction Club and plays violin for Hutt Valley Orchestra. She is an avid reader across a wide range of genres and a watcher of far too many TV series and movies, although it can be argued that there is no such thing as “too many.” These, of course, are best enjoyed with a decent cup of tea and further the continuing argument that the concept of “spare time” is really just a myth. She also hosts and reviews for other authors, and writes monthly blog posts for Love Bytes. She is the co-founder of the New Zealand Rainbow Romance writers, and a member of RWNZ. Anne’s books have received honorable mentions five times, reached the finals four times—one of which was for best gay book—and been a runner up in the Rainbow Awards. She has also been nominated twice in the Goodreads M/M Romance Reader’s Choice Awards—once for Best Fantasy and once for Best Historical. Anne can be found at https://annebarwell.wordpress.com
View all posts by Anne Barwell →
This entry was posted in blog tour, dreamspinner press, gay book promotions, Interview. Bookmark the permalink.

2 Responses to Waking the Behr by Pat Henshaw