Disgraced FBI agent Nick Truman has failed to save his sister, held hostage by a drug cartel until he could give them Alex Crow, who eluded him. His epic downfall lands him in witness protection, where he plays by the rules and keeps to himself. But the murder of his neighbor brings danger to his door. He unexpectedly finds himself the champion of innocents and helplessly attracted to the homicide detective in charge of the case.

Homicide Detective Hank Axelrod is good at digging out secrets, maybe because he hides a big one of his own. He also suspects his husband has one foot out of the door of their marriage and the specter of single life looms unpleasantly on the horizon.

A murder resembling another brings Nick into his world, a man who claims to be a mystery writer looking for a real life resource. Hank’s instincts say he’s more than that, and he’s rarely wrong.

Torn between the errant soon-to-be-ex husband and the distracting, sexy stranger, Hank needs to focus all his attention on his murder case before he becomes the next victim.

It was different when he’d wanted information from Nick. Hank wanted to confide in Nick, like with the partner he used to have before he got stuck with Burgess. Like Nick knew what he was talking about—could be trusted.

Nick touched his fingers to his mouth. He must have needed a cigarette, if the telltale scent of tobacco was any indication. “I answered that one already. Nope.”

That nope was annoying. “Fed? PI? Security?” Hank threw out a few more. “Reporter? Work for the criminal court?”

“I drive limos,” Nick said with a languid shrug. Glancing over his shoulder at the impatient date, he held up two fingers.

By the tightening of his mouth into a sneer, that pissed Nick off. “I’m no cop wannabe. I don’t watch the idiot box.”

Well, shit. The pain in Nick St. Cloud’s brown eyes was real. Deep. Hank gave him a minute to recover, watching him rub his wrists, then naked arms. It gave Hank a thrill, as if he could feel the man’s heated skin on his own.

“Don’t be a bastard, Detective.”

“Well? I can run a background check on you in a heartbeat.”

Nick tried to hide it, but a flare of panic made his pupils dilate. “And if I say I’m not that extremely guilty guy who hangs around helping the know-nothing cops, you’ll believe me?”

“You’re something. What is it, I wonder?”

“Okay.” A bead of sweat dripped past a pale white scar at his hairline, the only imperfection Hank could see. “I’m a writer, not a journalist. I mean, I’m a mystery writer.”

“Nope, not yet. So maybe you can be a resource, you know? I can do a ride-along with you or something.” Nick looked away, back toward Probably and gave him a nod. Probably picked up his sweater from the back of the chair and stood.

Hank held still a moment, beer glass halfway to his mouth, unsure what he was seeing in Nick’s intelligent eyes. Hope? Excitement? Fear? “We can talk about procedure—I’ve got some good stories. But I don’t know about the ride-along at this point. My partner’s a prick.”

“But we can meet…and talk.” Nick stood and dug into his pocket for his wallet.

“I’ve got this.” Hank waved it away. “You want the book to be accurate, right? It’s good PR too.”

“On me next time. We can meet here or wherever.” Nick hovered, as if Hank had held out something sweet to him, and he was afraid to take it.

What did you just do? 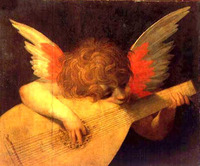 Heloise West, when not hunched over the keyboard plotting love and mayhem, dreams about moving to a villa in Tuscany. She loves history, mysteries, and romance of all flavors. She travels and gardens with her partner of thirteen years, and their home overflows with books, cats, art, and red wine.

Anne Barwell lives in Wellington, New Zealand. She shares her home with a cat with “tortitude” who is convinced that the house is run to suit her; this is an ongoing “discussion,” and to date, it appears as though Kaylee may be winning. In 2008, Anne completed her conjoint BA in English Literature and Music/Bachelor of Teaching. She has worked as a music teacher, a primary school teacher, and now works in a library. She is a member of the Upper Hutt Science Fiction Club and plays violin for Hutt Valley Orchestra. She is an avid reader across a wide range of genres and a watcher of far too many TV series and movies, although it can be argued that there is no such thing as “too many.” These, of course, are best enjoyed with a decent cup of tea and further the continuing argument that the concept of “spare time” is really just a myth. She also hosts and reviews for other authors, and writes monthly blog posts for Love Bytes. She is the co-founder of the New Zealand Rainbow Romance writers, and a member of RWNZ. Anne’s books have received honorable mentions five times, reached the finals four times—one of which was for best gay book—and been a runner up in the Rainbow Awards. She has also been nominated twice in the Goodreads M/M Romance Reader’s Choice Awards—once for Best Fantasy and once for Best Historical. Anne can be found at https://annebarwell.wordpress.com
View all posts by Anne Barwell →
This entry was posted in cover reveal, embrace the rainbow book promotions, loose id. Bookmark the permalink.